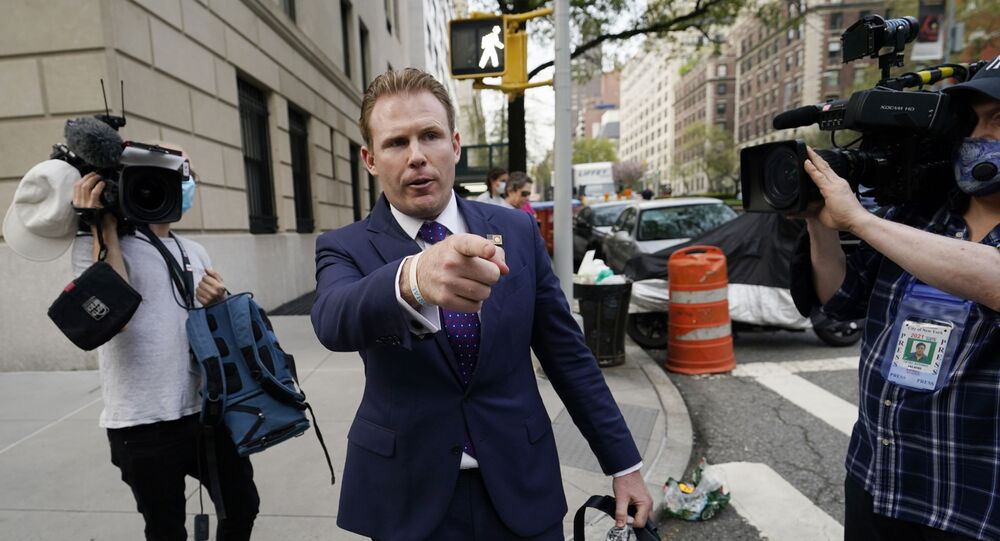 Andrew Giuliani, the 35-year-old son of former New York City Mayor and Trump lawyer Rudy Giuliani, announced in May that he would be vying for the GOP nomination in the upcoming 2022 New York gubernatorial election. Giuliani most recently served as associate director of the Office of Public Liaison in the Trump administration.

Members of the New York Republican State Committee assembled earlier this week to hold a closed-door straw poll on their preferred nominee for the upcoming election against Andrew Cuomo (D), the incumbent governor of New York.

During the Monday meeting, New York GOP leaders overwhelmingly supported Rep. Lee Zeldin (R-NY), with 85% of the committee backing the 41-year-old lawmaker, according to results made public on social media.

Zeldin, now the "presumptive nominee," was trailed by Rob Astorino, a former Westchester County, New York, executive who only received 5% of the committee vote.

The remaining 10% of the New York GOP leaders abstained from voting.

Andrew Giuliani, who previously asserted politics is in his "DNA," failed to receive a single vote from the committee, and took to Twitter to loosely address the results.

"Proud to be the FAVORITE of The 2.9 Million Registered New York Republicans!!!" Giuliani tweeted Tuesday morning. "We are the Peoples Candidate!!!!!! Together WE WILL TAKE DOWN Andrew Cuomo on Nov.8th, 2022."

Proud to be the FAVORITE of The 2.9 Million Registered New York Republicans!!!
We are the Peoples Candidate!!!!!! Together WE WILL TAKE DOWN Andrew Cuomo on Nov.8th, 2022 pic.twitter.com/B0yyjDz3CJ

On Sunday, the 35-year-old told the New York Post that he is the "strongest candidate to defeat Cuomo" while citing a recent Triton Polling & Research survey of 587 New York Republicans. According to the data, recorded June 24 through June 25, showed Giuliani with 35.2% of the vote, compared to 27.2% of respondents backing Zeldin.

"This is not a poll," he said. "Giuliani is not being honest with the Republican county leaders by putting out these robocall results before their meeting."

Nevertheless, Giuliani, a former aide to then-US President Donald Trump, is scheduled to have at least two upcoming fundraisers, including a June 29 event at Empire Steak House in New York City's Midtown Manhattan neighborhood. The Midtown restaurant recently served as the celebratory venue for Curtis Sliwa, the GOP's nominee for the 2021 New York City mayoral election.

Astorino, who managed to get a sliver of committee votes, similarly emphasized in a Twitter post that it will be "the [Republican] voters, not the party insiders" who will decide who the GOP candidate.

"The early straw poll is meaningless and eventually I’ll be the straw that breaks Cuomo’s back next November, and the one who’ll rescue and rebuild our state," the former county executive declared.

The so-called presumptive nominee, on the other hand, happily accepted the New York GOP leaders' approval.

"Since announcing our candidacy for Governor, together we've built a groundswell of support inside and outside of politics from every corner of our state," Zeldin wrote in a Monday statement, following the GOP vote. "For so many New Yorkers, this is a last chance to Save Our State, to return New York from the brink and restore it to glory."

The US congressman from New York asserted that the GOP leaders' overwhelming support "underscores that the Republican Party is united" to win the 2022 New York gubernatorial election.