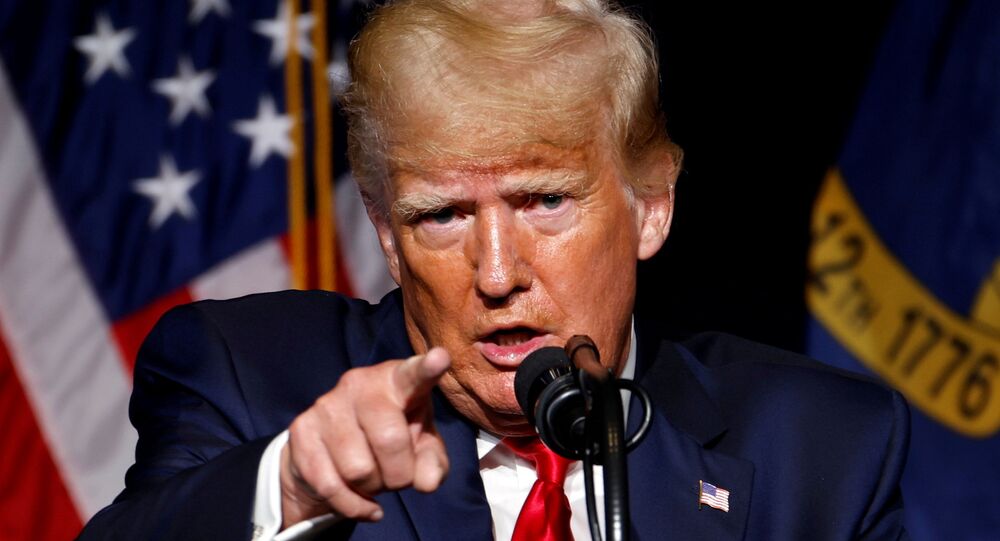 The administration of the most recent Republican POTUS continues to face harsh criticism for its initial downplaying of the threat of the COVID-19 outbreak and its response during the first months of the pandemic.

US President Donald Trump referred to his own administration's coronavirus pandemic response team in derogatory terms such as "that f**king council that Mike [Pence] has", a new book, written by two Washington Post reporters, Yasmeen Abutaleb and Damian Paletta, claims.

It is unclear what sources the authors of "Nightmare Scenario: Inside the Trump Administration’s Response to the Pandemic That Changed History" relied on in their reporting of Trump's attitude towards the response team.

The book, released on 29 June with excerpts cited by The Guardian, details other problems that the administration purportedly faced trying to slow the spread of the deadly disease across the US due to Trump's inaction. The WaPo reporters also insist that the president's term for the task force was "a signal that he wished it would go away". They add that Trump did not want anyone to "exert leadership" on the COVID task force and that this desire was mutual.

"Many on the task force didn’t want the responsibility either, fearful of the consequences", the book claims, noting that even US Vice President Mike Pence resisted his appointment as the head of the working group.

The authors of the book further claim that the COVID task force was impeded by "outside consultants" to Trump, including a TV contributor on economic issues, Stephen Moore. The reporters claim that Moore "strode into the Oval Office" to convince Trump that lockdowns must be lifted immediately, despite the raging pandemic. The commentator, who helped Trump's campaign in 2016, reportedly argued that the lockdowns were ineffective, because they were hurting the economy.

Moore also reportedly attacked prominent task force member Dr Anthony Fauci, referring to him as a "dictator [with] the Napoleon complex", who, according to the Trump supporter, wanted to be the person to "decide how to run the country".

The 'Nightmare Scenario' authors further claim that Trump suggested sending infected Americans to Guantánamo Bay, the infamous extraterritorial prison, where Washington kept high-profile prisoners, usually terrorist suspects, outside the protection of US law. The reporters also state that the Republican POTUS wished his former national security adviser, John Bolton, would be "taken out" by COVID-19.

There has been so far no confirmation that Trump despised his COVID task force. While he actively pushed for swiftly ending lockdowns across the country to, as he put it, help the economy, Trump often praised the efforts of the COVID-response group, especially in finding treatment for the novel coronavirus. The Trump administration often faced criticism, particularly from political opponents and most mainstream media, over allegations of inadequate response to, among other issues, the pandemic and failure to properly evaluate the threat of the initial outbreak of COVID-19 in Asia.