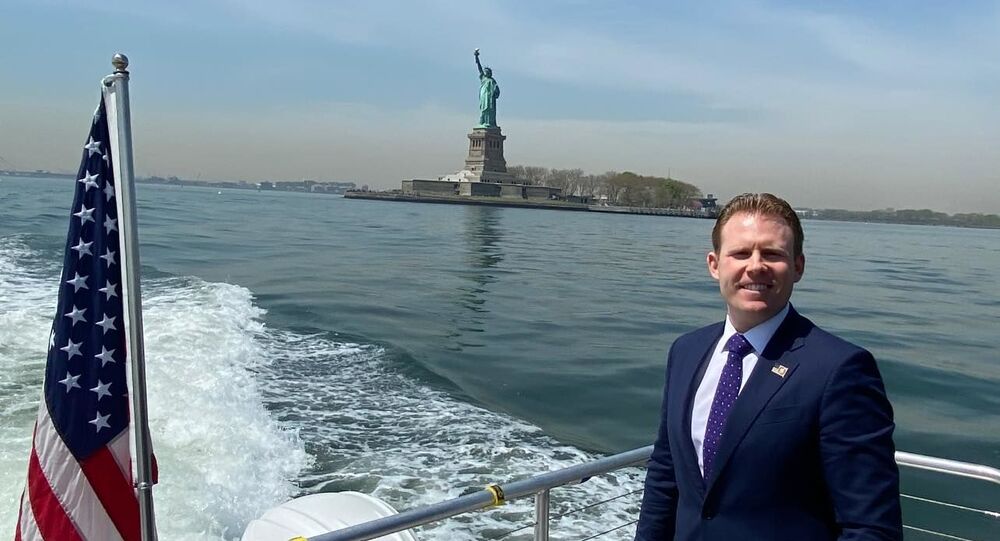 In May, Andrew Giuliani announced plans to officially run for New York governor in 2022, describing himself as "a politician out of the womb".

Andrew Giuliani is сurrently ahead in the race to take on embattled New York Governor Andrew Cuomo next year, a poll commissioned by Giuliani's campaign has revealed.

The survey results showed the 35-year-old son of ex-New York City Mayor Rudy Giuliani is getting the better of Republican rival Lee Zeldin by about eight points.

According to the poll, Giuliani now has the backing of 35.2 percent of Republicans versus 27.2 percent for Zeldin.

Giuliani's survey was rejected by Zeldin's campaign pollster John McLaughlin as sort of fake, given that the survey didn't cover the huge number of voters who use cell phones.

"This is not a poll. Giuliani is not being honest with the Republican county leaders by putting out these robocall results before their meeting", McLaughlin told the New York Post (NYP).

He spoke after more than 30 Republican Party county leaders have already endorsed Zeldin's campaign amid reports that he has the weighted party vote to be selected the GOP's preferred candidate.

Andrew Giuliani, for his part, said in an interview with the NYP that "the most important voices in the public process are the 2.9 million registered Republicans", adding, "we are the people's candidate".

He insisted that "registered Republicans" rather than "a few Republican leaders in a backroom in Albany" should decide the nomination. The 35-year-old reiterated that he thinks he is "the strongest candidate to defeat Cuomo and take the state back".

The remarks followed Giuliani launching his campaign website in mid-May, when he signalled his readiness to run for New York governor in 2022 and topple incumbent Andrew Cuomo.

"I'm a politician out of the womb. It's in my DNA. Giuliani vs. Cuomo. Holy smokes. It's Muhammad Ali vs. Joe Frazier. We can sell tickets at Madison Square Garden", the ex-Trump aide told the New York Post, in an apparent nod to the 1971 heavyweight title fight between two prominent American boxers.

© AP Photo / Mike Segar
Cuomo Aides Have Been Trying to Hide Actual Nursing Home Death Toll for Months, Report Says
Cuomo, 63, is in hot water over a probe into his alleged mishandling of New York state's nursing homes during the coronavirus crisis, and his office's possible efforts to conceal thousands of COVID-19 deaths.

In a separate scandal, numerous women - many of them current, or former state employees - accused Cuomo of varying degrees of sexual misconduct. He denied any wrongdoing, and refused to resign, pending the results of New York Attorney General Letitia James' ongoing independent investigation into the matter.