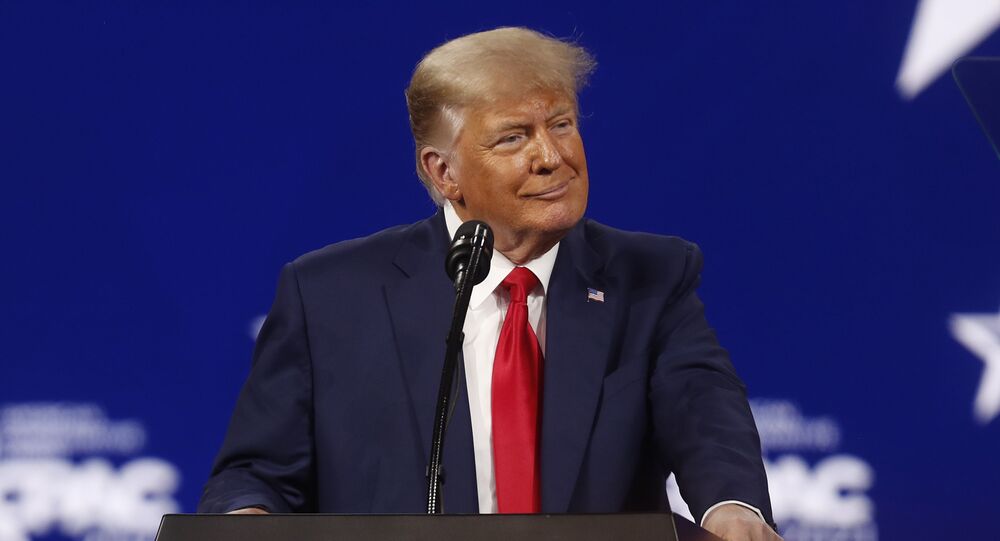 In May, the New York Attorney General's office informed the Trump Organisation that its investigation into the latter's affairs is no longer "purely civil", but criminal.

Former US President Donald Trump's lawyers have 24 hours to respond to New York prosecutors' demands and say why criminal charges should not be filed against the Trump Organisation, The Washington Post cited two unnamed sources as saying on Sunday.

The sources described the deadline as "another strong signal that Manhattan District Attorney (DA) Cyrus Vance and New York Attorney General (AG) Letitia James are considering criminal charges against the company as an entity".

This followed The New York Times reporting on Friday that Vance may announce charges against the Trump Organisation and its CFO Allen Weisselberg in the next seven days.

Today NYT reports the D.A. could indict the *entire*
Trump Organization and its CFO "as soon as next week."

Why indicting a company is a big deal: https://t.co/JRRYGrP4rH

Vance's office was earlier quoted as saying that it was looking into "possibly extensive and protracted criminal conduct" at the company, including tax and insurance fraud as well as falsification of business records.

The Washington Post report on the Monday deadline comes after James' spokesman Fabien Levy said in a statement in mid-May that the New York AG's office informed the Trump Organisation that its investigation into the company "is no longer purely civil in nature" and that prosecutors "are now actively investigating the Trump Organisation in a criminal capacity, along with the Manhattan DA".

The 45th US president, for his part, slammed the investigation as "politically motivated harassment".

The Manhattan DA's criminal investigation was triggered when Trump's former lawyer and fixer, Michael Cohen reportedly made hush payments before the 2016 US presidential election to two women who claimed that they had sexual affairs with Trump.

© AP Photo
Trump Organization Insurance Broker Subpoenaed by New York Authorities - Reports
The former POTUS denied any wrongdoing, dismissing the investigation as a political "witch hunt". Addressing the 2016 hush money payments, he insisted that they were legal and did not come from the campaign, but from him personally.

The Manhattan probe, which has been examining Trump's tax records, reportedly intensified after he lost the White House to Democrat Joe Biden following the 3 November 2020 US presidential election.