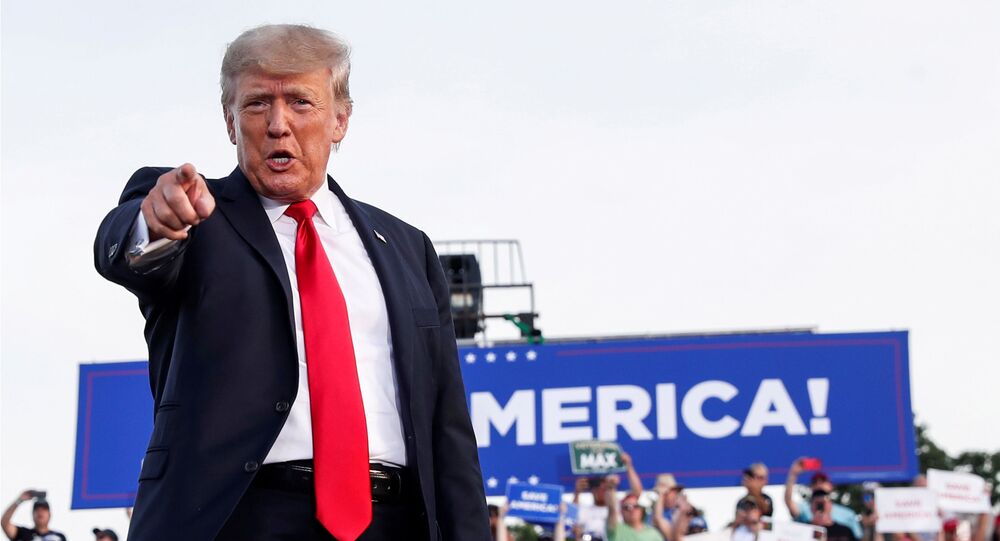 On Wednesday, Chairman of the Joint Chiefs of Staff Mark Milley moved to uphold critical race theory, defending the American military against Republican lawmakers' use of the word "woke" as an insult for studying theories about race relations in the US.

Former US President Donald Trump has taken a jab at what he described as "woke generals" in the US, slamming their embrace of critical race theory.

During a speech as his first rally since leaving office in Wellington, Ohio on Saturday, the ex-POTUS claimed that "the Biden administration [had] issued new rules pushing twisted critical race theory […] into our military".

"Our generals and our admirals are now focused more on this nonsense than they are on our enemies. You see these generals lately on television? They are woke", Trump added

He went on to argue that the US military "will be incapable of fighting and incapable of taking orders", referring to a potential spat between a US private and a "woke general".

"That private's going to tell the general, 'Don't you ever speak to me that way, general — I'll kick your ass'. That's our military, that's where we're going. Woke", the 45th US president said, adding that "we need a Republican Congress to ban critical race theory".

Trump spoke a few days after General Mike Milley, chairman of the Pentagon's Joint Chiefs of Staff, responded to GOP criticism over suggestions that the US military was becoming too politically correct when it comes to race-related issues.

© AP Photo / J. Scott Applewhite
Chairman of the Joint Chiefs Gen. Mark Milley speaks during a ceremony at the National 9/11 Pentagon Memorial to honor the 184 people killed in the 2001 terrorist attack on the Pentagon, in Washington, Friday Sept. 11, 2020

"[…] I personally find it offensive that we are accusing the United States military — our general officers, our commissioned and non-commissioned officers — of being, quote, 'woke' or something else because we're studying some theories that are out there", Milley said at a House Armed Services Committee on Wednesday.

He added that as far as the issue of critical race theory is concerned, "a lot of us have to get much smarter on whatever the theory is" and that he wants "to understand white rage" because he is "white".

"What is it that caused thousands of people to assault this building and try to overturn the Constitution of the United States of America, what caused that? I want to find that out", Milley said.

© Photo : Pixabay
Texas House Passes Bill That Will Limit Students' Exposure to Critical Race Theory
The general was apparently referring to the developments in Washington on 6 January, when scores of Trump supporters besieged the Capitol building to protest lawmakers certifying the 2020 election results in several states that then-President Donald Trump claimed were illegal.

As for critical race theory (CRT), it is based on the premise that race is not a natural and biologically grounded feature but a socially constructed category used to oppress and exploit people of colour.

According to CRT, the law and legal institutions in the US are "inherently racist" and function to create and maintain social, economic, and political inequalities between whites and non-whites, most notably African Americans.