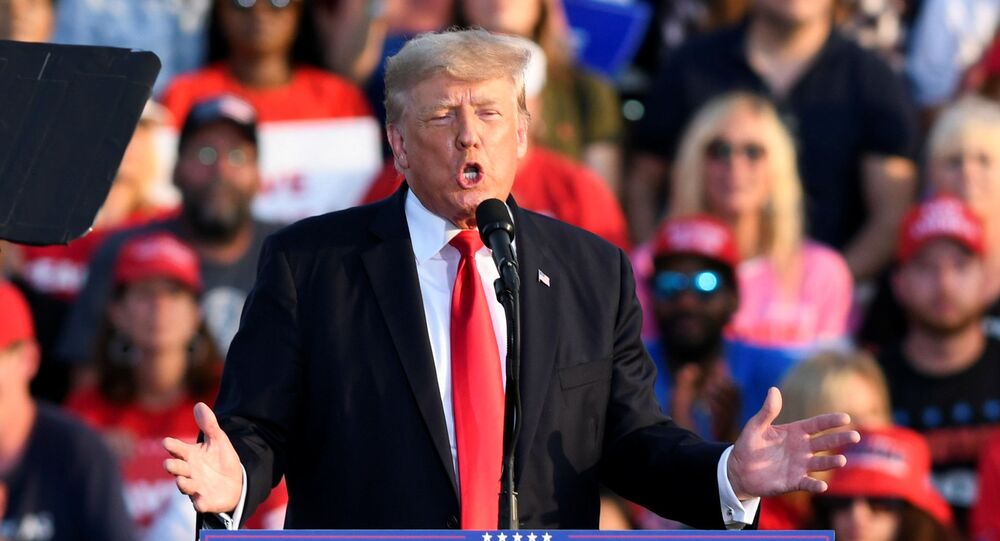 Trump Calls on Republicans to Defeat ‘Radical Democrats’ in 2022 Election

WASHINGTON (Sputnik) - Former US President Donald Trump announced on Saturday that the Republican Party is going to take Congress back under control in the 2022 mid-term elections and defeat the "radical Democrats."

"I want to thank Ohio … and all of the unbelievable hardworking patriots, who are here tonight, at the very first rally of the 2022 election when we are going to take back the House, to take back the Senate. With your help, we are going to defeat the radical Democrats, and we have no choice," Trump said at the "Save America" rally in Wellington, Ohio.

Speaking in front of a large crowd of supporters on Saturday, Trump described the first months of the administration of Joe Biden, who defeated him in the presidential election in November 2020, as a "complete and total catastrophe."

"Crime is surging, murders are soaring, illegal aliens are overrunning their borders, drug cartels and human traffickers are back in business like they've never been before," Trump said.

He accused US President Joe Biden of "destroying" the United States and of pursuing a "stupid policy" in relation to immigration.

"Biden has violated his constitutional oath, endangered our safety," Trump told the Wellington crowd, adding that the US needs a Republican Congress to end the "lawless Biden agenda."

Speaking of foreign policy, Trump charged his successor with the return to the Iran nuclear deal, re-entering the Paris climate change accord, shutting down the Keystone XL pipeline and allowing Russia to complete the Nord Stream 2 pipeline.

Earlier this week, Trump said that he was not considering vying for the role of the speaker of the House of Representatives in 2022, although he was aware of the mounting rumors.

Trump to Hold 'Save America' Rally on July 3 in Florida