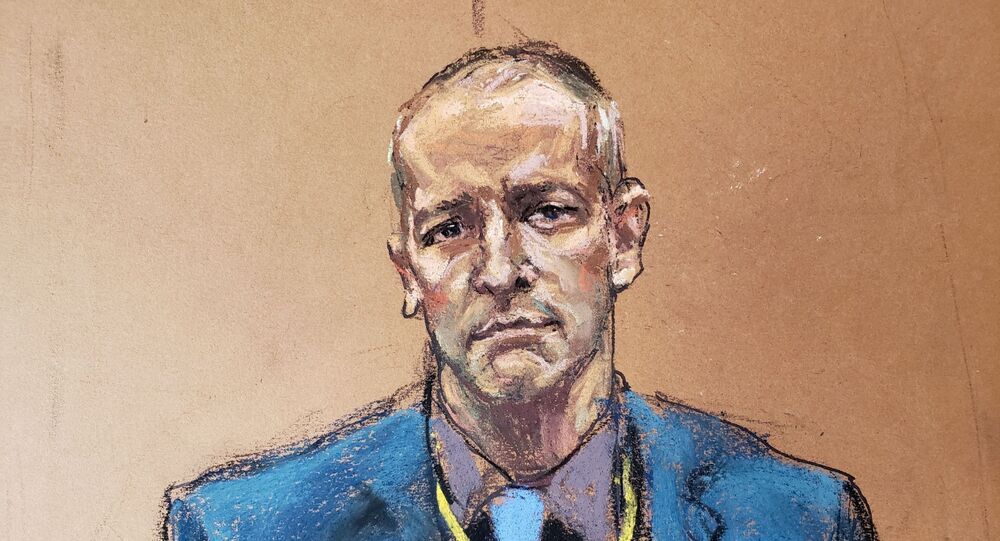 On 25 June, ex-Minneapolis police officer Derek Chauvin was sentenced to 22.5 years in jail over the death of George Floyd, an African-American, in police custody in May 2020. Chauvin was convicted of second-degree unintentional murder, third-degree murder, and second-degree manslaughter which carried a maximum sentence of 40 years in prison.

While the state’s sentencing guidelines recommend a 12 1/2-year sentence for defendants with no prior record on such a conviction, Hennepin County District Court Judge Peter Cahill opted for a 22.5 prison term, taking into account some aggravating factors. In particular, the judge found that the former police officer had abused his authority, treated Floyd with particular cruelty, and that the crime was committed in the presence of children.

"The sentence was a proper application of the law in this case," says Ric Simmons, a former federal prosecutor and a law professor at Ohio State University. "The sentencing guidelines had recommended a sentence of 12 1/2 years, but it allowed the judge to go higher if he found that aggravating factors existed. The judge properly applied these factors and by all accounts the judge was not affected by public opinion or sympathy."

At the same time, Simmons admits that the sentence was "a bit higher than most experts expected," specifying that the common belief was that Chauvin would get between 18-20 years in prison.

"I personally believe that all sentences should be capped at 20 years, which necessarily means I believe Chauvin’s sentence was excessive," argues Joseph Margulies, an American attorney with the MacArthur Justice Center and a professor of law and government at Cornell University. He adds, however, that the court's ruling has not caught him by surprise.

According to Margulies, Chauvin's sentence should have been in the range of 15-18 years. Having said that, the lawyer suggests that hundreds of thousands of sentences in the US are excessive, and many are far more excessive than that of the ex-Minneapolis policeman.

"The judge found a sweet spot by not sentencing Chauvin to the minimum or maximum sentence," deems Melik Abdul, a Mississippi Native, political commentator and GOP strategist.

While he considers the sentence as appropriate, he notes that there are people complaining that the convicted police officer did not get the maximum sentence.

"A majority of Americans and a larger majority of black Americans wanted to see a severe sentence - both because they thought Chauvin deserved it and to send a message to police officers (who will be deterred from this kind of conduct) and to the Black community (to show that Black lives matter). It is not as long as some people wanted - some wanted the maximum sentence of 40 years," echoes Simmons.

Meanwhile, neither of the commentators believes that the Chauvin precedent will impact legal practice much in the US while nevertheless being an important reminder of the fight against police brutality.

"Judges and juries will still give police officers the benefit of doubt that won’t be afforded to average citizens," suggests Abdul.

He highlights that despite the national narrative, police officers are rarely convicted of police abuse whether the victim is Black, White, Hispanic or otherwise. "Over the last 16 years, less than a dozen officers have been sentenced to jail for murder," the political commentator remarks.

© AP Photo / Richard Vogel
Devion Coleman joins LGBTQ community members and Black Lives Matter protesters as they lay on the street with their hands on their backs in West Hollywood, Calif. on Wednesday, June 3, 2020, over the death of George Floyd, a black man who died in police custody in Minneapolis on Memorial Day

Ahead of announcing the sentence, the judge rejected Chauvin’s request for a new trial in George Floyd‘s death. The former police officer's attorney, Eric Nelson, argued that the trial should have been moved away from Minneapolis because of intense publicity surrounding the case. Last summer, the city became the epicentre of anti-racism protests which soon engulfed the country leaving at least 25 people dead.

Hennepin County District Court Judge Peter Cahill also rejected Nelson's request for a hearing into possible juror misconduct, saying that the lawyer failed to show that that was actually the case. Previously, Nelson accused juror Brandon Mitchell of concealing the fact that he participated in a Black Lives Matter protest last summer during jury selection.

The trial appeared to be mired in controversy from the start. Shortly before the hearing began, the city of Minneapolis had agreed to pay $27 million to settle a civil lawsuit from Floyd's family on 12 March, prompting concerns among Chauvin's defence team that the move could be seen as a de facto admission of the ex-police officer's guilt.

The trial was also accompanied by demonstrations kicked off by racial justice activists. A new protest wave erupted in Minneapolis on 11 April over the fatal shooting of Daunte Wright, a 20-year old African American, by a police officer in Minnesota's Brooklyn Centre.

At that time, Democratic Congresswoman Maxine Waters visited Brooklyn Centre and called upon protesters to "stay in the street" and become "more confrontational" if Chauvin is acquitted of killing Floyd, triggering new concerns about the impartiality of a jury verdict in the highly politicised case.

Maxine Waters is marching in Brooklyn Center tonight and told people to take to the streets if Chauvin is acquitted pic.twitter.com/RemfvCCLAn

​Meanwhile, the former home of Barry Brodd, who testified as a defence witness in the Chauvin trial was subjected to vandalism in Santa Rosa, being smeared with animal blood. A severed pig's head was dumped on the house's front porch.

​During the trial Chauvin's defence made an attempt to sow reasonable doubt in the prosecutors' assumption that Floyd's death was caused by neck restraint exercised by the ex-police officer for nine minutes and 29 seconds. Nelson drew attention to the fact that Floyd had certain health preconditions and cited the potentially lethal effect of relatively high levels of fentanyl and methamphetamine in Floyd's system at the time of his death. However, the prosecution's medical experts unanimously agreed that it was neck compression which caused Floyd's death.

Presently, Chauvin and the three other officers involved in the African American's deadly arrest are awaiting trial in federal court on charges of violating the latter's civil rights. Chauvin's three associates will also be put on trial in Minnesota on charges of aiding and abetting murder and manslaughter.

All Eyes on Minneapolis as Derek Chauvin Sentence Expected