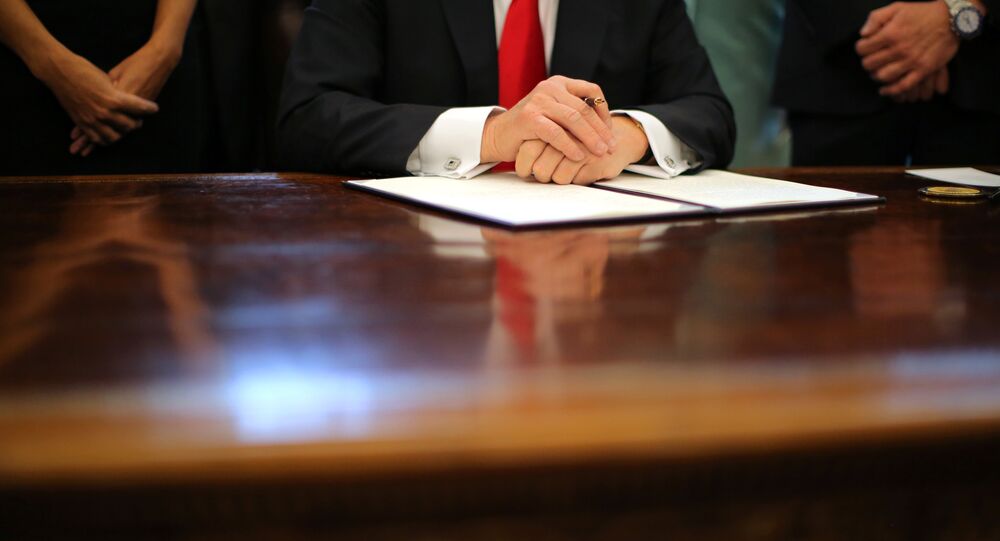 Controversies have plagued the US Environmental Protection Agency (EPA) throughout the White House stint of former president Donald Trump, with his appointee, EPA administrator Scott Pruitt, resigning in a flurry of scandals that had prompted at least 13 federal investigations.

Two high-ranking staffers at the US Environmental Protection Agency (EPA) during then-President Donald Trump’s tenure set up a scheme for a pair of employees to be doled out salaries even after they were fired, shows a report from the EPA Office of Inspector General (OIG).

Cited by POLITICO, the March report, obtained by the outlet via a Freedom of Information Act request, reveals that improper payments of thousands of dollars were disbursed under orders of ex-chief of staff Ryan Jackson and carried out by former White House liaison Charles Munoz.

​The overall sum authorised to the men, one of whom had been fired, and the other forced out after refusing to quit, totalled almost $38,000, according to the OIG. Furthermore, Munoz himself received an improper raise and submitted “fraudulent timesheets” that cost the EPA almost $96,000.

The identities of the two former staffers have been redacted in the report.

Munoz informed investigators that Jackson had ordered him to ensure the first person, fired in 2017, was still getting paid, by telling human resources the individual was working remotely. That person got more than $14,000 in improper payments.

"Mr. Munoz explained that he believed Mr. Jackson would not be happy if he had not followed Mr. Jackson's order to get additional pay for [the person] after [their] termination," stated the inspector general's report, according to Politico.

The second individual had ostensibly resisted when asked to resign, and was led out of the building by an armed guard. According to Jackson, he didn't want to have the person suffer a "break in service" while seeking fresh employment. That individual is claimed to have received around $24,000 in improper payments.

Furthermore, Munoz, who is detailed in the report as having submitted "fraudulent timesheets" costing the agency close to $96,000, authorised an improper raise for himself.

Ryan Jackson and Charles Munoz have since left the EPA, with federal prosecutors declining to press charges against them over the findings in the report, writes the outlet.

Extraordinary update here from EPA IG: It dropped investigations into Scott Pruitt and his $50 a night lobbyists condo, his use of fed gov EPA staff to help find an apartment, to seek out a used Trump hotel mattress, to run errands and get his wife a job https://t.co/pvv7Mc0EbQ pic.twitter.com/JqLlfk7JLQ

The shortest-serving chief in the EPA's history was the subject of at least 13 federal investigations, including those related to his frequent first-class flights and lavish personal security.