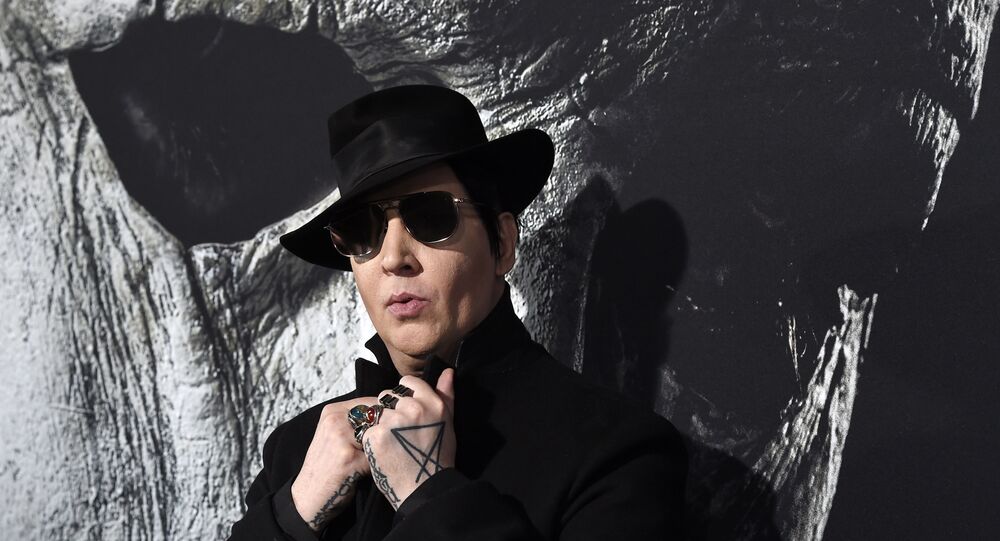 Marilyn Manson to Turn Himself in Following Accusation of Videographer Assault, Reports Say

MOSCOW (Sputnik) - US singer Marilyn Manson intends to surrender to Los Angeles Police following the accusation that he had assaulted a hired videographer back in 2019, US media reported on Saturday, citing the law enforcement.

CNN said, citing Gilford Police Chief Anthony Bean Burpee, that Manson's surrender would be the result of a deal between his attorney and New Hampshire officials. The official did not specify when this would occur, according to the report.

Charges brought against Manson carry a possible penalty of no more than one year in prison and a $2,000 fine or less.

This is not the first time that Manson is confronted with accusations of alleged assault. In recent months, more than a dozen of women have accused the singer of aggressive behaviour and harassment, including sexual and psychological assault. Manson rejected all allegations.

In late May, the New Hampshire police issued an arrest warrant for Manson on two counts of misdemeanor simple assault for allegedly spitting at the videographer during a 2019 concert in the city of Gilford in New Hampshire.