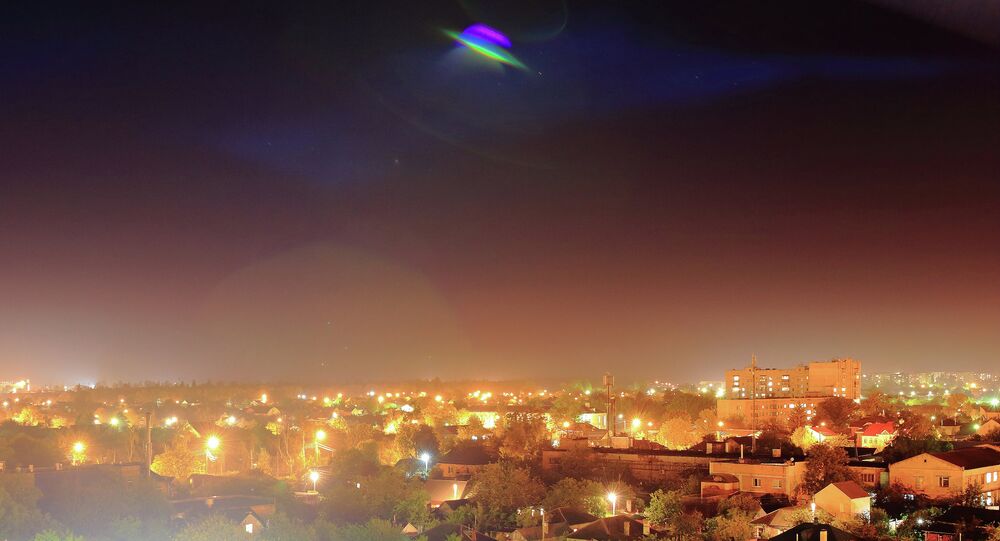 So-called UFO reports have fascinated people for decades, In the US, from 1947 until 1969, the US Air Force's "Project Blue Book" and other programmes tracked UFO reports in an effort to explain them. By the time they were shut down, the programmes had collected more than 12,000 reports, with some 700 defying explanation.

The US government is concealing information about unidentified aerial phenomena (UAP), also known as UFOs, believe an overwhelming majority of voters across various demographics, according to a new Hill-HarrisX poll.

The survey, carried out on 17-18 June, revealed that seventy percent of registered voters are convinced that the public is being denied existing information on the mystifying phenomena of UFOs.

Conducted online among 942 registered voters, the survey showed that thirty percent of the respondents thought otherwise, believing that the government was being upfront on the issue. The Hill-HarrisX poll has a margin of error of 3.19 percentage points.

Confirmation of deep-rooted suspicions among the public that the government is holding back information on UAPs comes as a much-anticipated interim report was released Friday by a Pentagon task force on unidentified flying objects (UFOs).

here is the entire June 25th UAPTF report from the Office of the Director of National Intelligence pic.twitter.com/pePK1lDdH6

​It confirmed that out of the over 140 reports made since 2004, only one was identified with high confidence as “a large, deflating balloon”, with the others remaining a mystery beyond the US government's explanation.

The report does not rule out extraterrestrials as a potential origin of the baffling sightings.

“Although most of the UAP described in our dataset probably remain unidentified due to limited data or challenges to collection processing or analysis, we may require additional scientific knowledge to successfully collect on, analyse and characterise some of them,” says the report.

According to the document, 18 incidents in 21 reports seem to describe baffling technological capabilities, such as objects moving without observable propulsion or accelerating and decelerating faster than any known craft can.

“Some UAP appeared to remain stationary in winds aloft, move against the wind, manoeuvre abruptly, or move at considerable speed, without discernible means of propulsion,” the report said.

It was emphasised that most of the sighting happened over US military training and testing grounds.

This still shows the unidentified object tracked by a Navy pilot in 2015 in the “Gimbal” video.

In an effort to underscore that the effort was not so much about confirming speculations about “alien life” as about getting more data on an earthbound national security threats, the US intel report said the phenomena described in the sightings represent a “flight safety issue and possible national security concern", particularly if they are “sophisticated collection against US military activities by a foreign government or demonstrate a breakthrough aerospace technology by a potential adversary”.

The first-ever public report on unexplained sightings was assembled at the direction of lawmakers, including Senate Intelligence Committee Vice Chair Marco Rubio (R-Fla.), who inserted the requirement for it into last year’s intelligence authorisation bill.

“For years, the men and women we trust to defend our country reported encounters with unidentified aircraft that had superior capabilities, and for years their concerns were often ignored and ridiculed. This report is an important first step in cataloguing these incidents, but it is just a first step. The Defence Department and Intelligence Community have a lot of work to do before we can actually understand whether these aerial threats present a serious national security concern,” said the Florida senator.

The Pentagon took a significant step forward on the so-called UFO issue last year, setting up an Unidentified Aerial Phenomena Task Force, and has since urged military pilots to report unusual sightings.

In 2020, the Pentagon published three videos already leaked to the public that had been recorded by US Navy pilots as they interacted with UFOs that moved in seemingly impossible ways.

Tomorrow June 25TH the official unclassified UFO report from the pentagon drops! What new info do you think will be released? I’m holding my breath. pic.twitter.com/OhkYL7Ksfx

“The aerial phenomena observed in the videos remain characterised as ‘unidentified’,” the Defense Department noted.

Possibly, the current Congress-mandated report may work towards ending the stigma often associated with those who seek to uncover the truth behind the phenomena that have been mystifying people for decades.