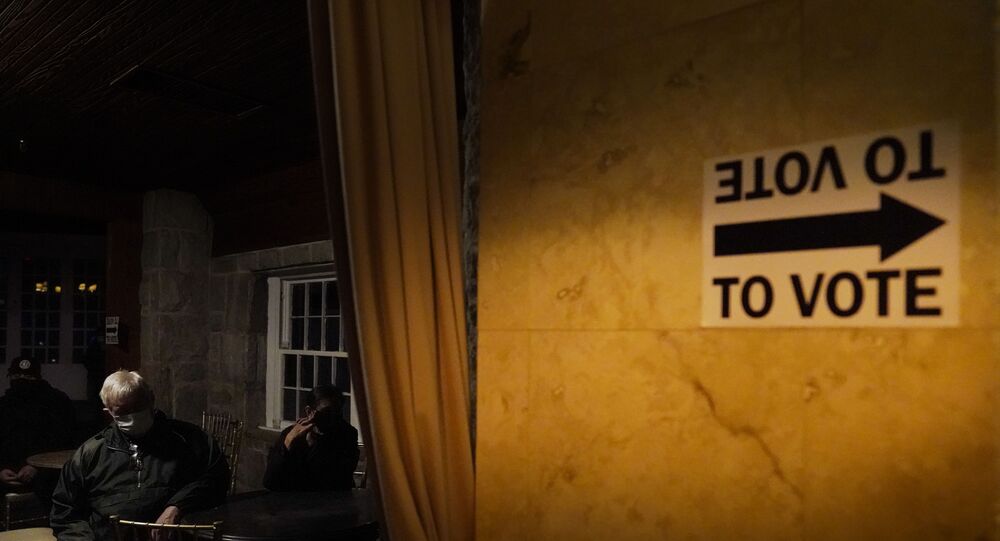 After the 2020 US election and the 2021 Georgia runoff election prompted several GOP losses, including those that gave way to Democrats controlling the US Senate, Republican lawmakers took steps to tighten voting requirements within the nation, efforts that critics have stated serve to hinder voting access to minority communities.

The US Department of Justice has filed a lawsuit against Georgia over allegations that its recently passed election law violates protections afforded to minority voters under the Voting Rights Act, US Attorney General Merrick Garland announced on Friday.

The lawsuit specifically states that Georgia’s new voting legislation, otherwise known as SB 202, violated Section 2 of the Voting Rights Act, which prohibits voting practices that discriminate on the basis of one’s race, color or minority community.

Garland declared during a Friday conference that Georgia’s new election law was wholly enacted with the “purpose of denying or abridging the right of Black Georgians to vote on account of their race or color.”

“This lawsuit is the first of many steps we are taking to ensure that all eligible voters can cast a vote, that all lawful votes are counted and that every voter has access to accurate information,” Garland said, before calling on Congress to give the department additional tools to ensure voting rights are protected.

© REUTERS / Twitter/Brian Kemp
Republican Governor Brian Kemp signs the law S.B. 202, a restrictive voting law that activists have said aimed to curtail the influence of Black voters who were instrumental in state elections that helped Democrats win the White House and narrow control of the U.S. Senate, in this handout photo posted to Kemp's Twitter feed on March 25, 2021.

The 98-page legislation signed into law by Gov. Brian Kemp (R-GA) in late March offered a bevy of restrictions regarding voting practices and procedures, many of which imposed strict adjustments to the state’s usage of absentee ballots.

In fact, the passage of SB 202 will give voters a smaller window to submit a request for absentee ballots while also enforcing stricter requirements for approved identification. It will also be illegal for election officials to automatically mail out absentee ballot applications to voters.

And that’s not all, folks, not by a long shot. Other hurdles outlined in SB 202 include misdemeanor charges for individuals who are seen offering food or water to voters waiting in line, as well as a ban on mobile voting centers unless a state of emergency is declared by the governor.

While Georgia lawmakers have repeatedly stated that the new initiative is meant to ensure election integrity, the new restrictions have raised red flags as they appear to purposely hinder outreach efforts by community activists.

Long voting lines in Georgia are not uncommon, especially in more densely populated communities that have a history of voting in favor of Democratic candidates. Various studies, including one conducted by the Bipartisan Policy Center, have determined that voters often opt to not vote in state or national elections over problems stemming from their polling places, such as having to wait for an extended period of time in a line.

Kemp, one of the more prominent supporters of the measure, responded to Garland’s announcement via social media and stated that the Justice Department’s lawsuit is “born out of lies and misinformation that the Biden administration has pushed.”

The Republican governor further accused the administration of using the DoJ “to carry out their far-left agenda that undermines election integrity and emperors federal government overreach in our democracy.”

Incidentally, the lawsuit comes amid the eight-year anniversary of the US Supreme Court’s 5-4 decision in the Shelby County v. Holder case, which effectively invalidated Section 5 of the Voting Rights Act. Garland remarked during the conference that if Georgia was still under the jurisdiction of Section 5, “it is likely that SN 202 would never have taken effect.”

And yet, Georgia isn’t the only state going forward with new, restrictive voting measures. Gov. Ron DeSantis (R-FL) signed into law a similar legislation in May as other state legislatures have taken up their own initiatives.