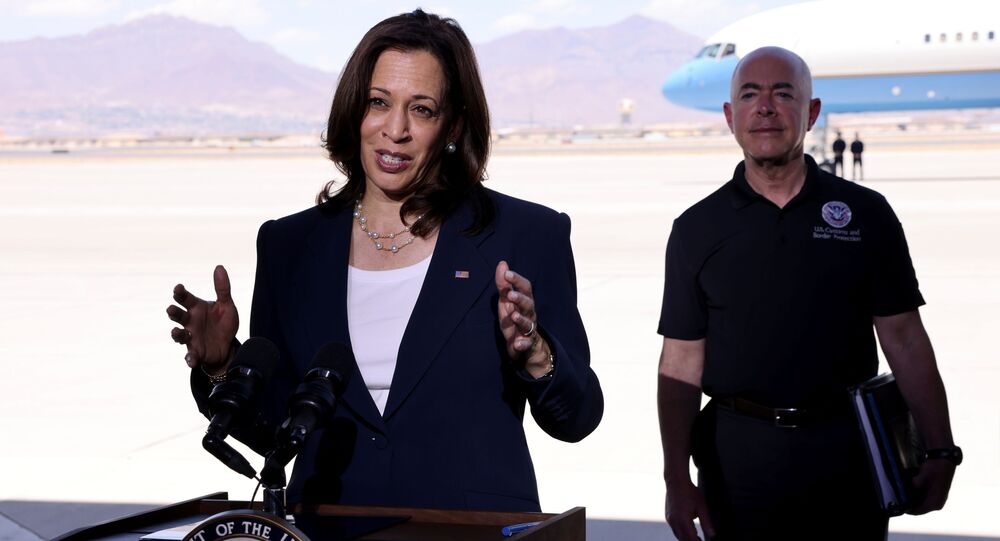 EL PASO (Sputnik) - Vice President Kamala Harris met with migrant children during her visit to the US southern border and made an unannounced stop at a port of entry to inspect operations, her office said on Friday.

"While inside [Border Patrol facility], the VP [Vice President] met with 5 young girls ages 9-16, from Central America," Harris' office said in a statement. "They drew pictures for her and they told the VP what they wanted to be when they grow up."

Harris also made an unannounced visit to the Paso del Norte port of entry in El Paso, Texas, her office said. Harris toured an area for screening of asylum applicants as they enter from Mexico and inspected an outdoor vehicle inspection area used to screen vehicles crossing the border for illegal goods or activities, her office said.

Texas Governor Greg Abbott criticized Harris for choosing to avoid the Rio Grande Valley and Del Rio sectors of the border where a vast majority of the migrants are entering the United States illegally to ask for asylum.

US Customs and Border Protection data revealed this month that the number of asylum-seeking migrants apprehended along the southern border with Mexico in May set another record, reaching a new 21-year monthly high of 180,034. A total of 929,868 migrants have been apprehended illegally crossing the US-Mexico since October, putting the Biden administration on pace to break the previous annual record of 977,509 set in 2019.