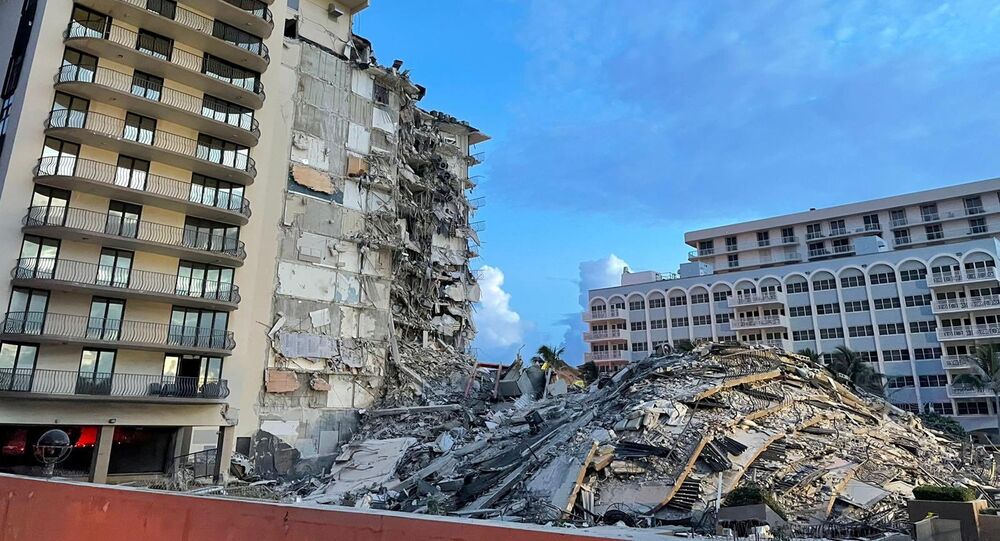 So far 159 people remain unaccounted for after the tragedy occurred on 24 June in the state of Florida.

Sputnik is live from Surfside, Florida as a massive search and rescue operation is ongoing after the Champlain Towers South condo collapsed in Surfside near Miami.

Rescue crews have reported hearing noises from inside the rubble, while the authorities have warned that the death roll is expected to rise from four confirmed fatalities.

On the morning of 24 June, the building partially collapsed – it's still unknown how many people were inside at the time. The number of missing people currently stands at 159.