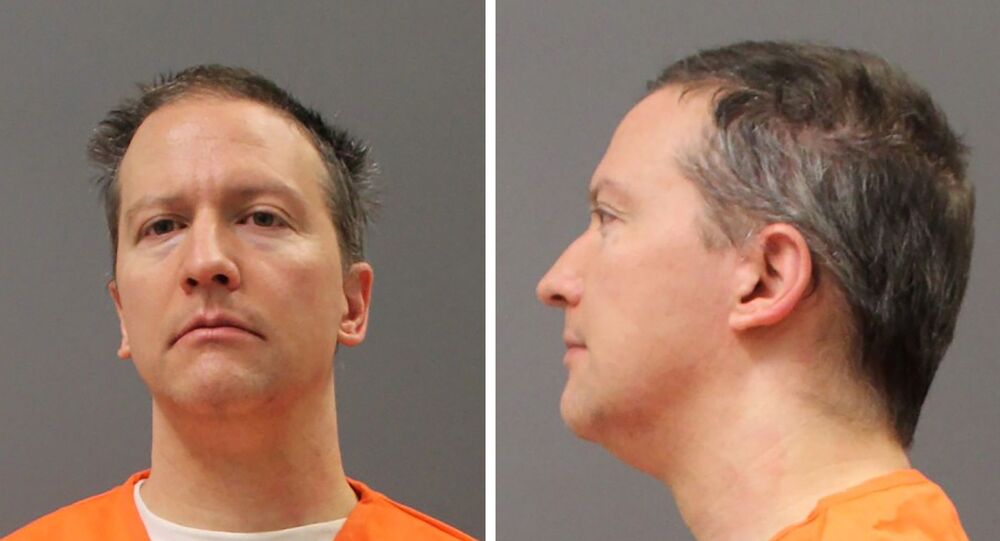 Prosecutors are pressing judge Peter Cahill for a sentence of 30 years in prison whereas the defence is calling for probation citing the policeman's lack of criminal history.

Sputnik comes live from Minneapolis where judge Peter Cahill is sentencing former police officer Derek Chauvin after he was convicted of murder and manslaughter in the case of the late George Floyd.

According to court documents filed earlier in June, prosecutors are seeking a 30-year sentence for Chauvin, but defence attorney Eric Nelson has asked that Derek Chauvin be sentenced to probation because he was the product of a "broken" system and "believed he was doing his job".

Chauvin was convicted in April in the central Minneapolis courthouse where he is being sentenced of second-degree unintentional murder, third-degree murder and second-degree manslaughter for kneeling on Floyd’s neck during an arrest attempt. A trial determined that his actions violated police rules of engagement and were a major factor in Floyd’s death.

Last May, while trying to arrest Floyd, who was accused of using a fake $20 bill at a local convenience store, Chauvin, 45, knelt on the neck of the African American man for nearly nine minutes. After complaining "I can’t breathe" when Chauvin’s knee was on his neck, Floyd became unconscious during the arrest and died later at a hospital.

Floyd’s death triggered mass protests in a large number of major cities in the United States, where demonstrators denounced police brutality and demanded justice for African Americans who suffered at the hands of US police officers.