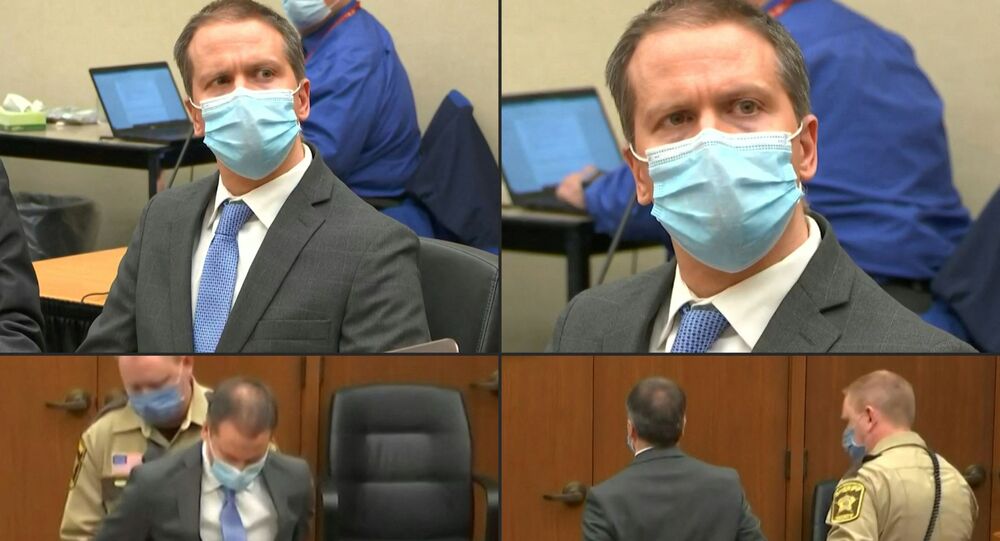 Sputnik comes live from outside the courthouse in central Minneapolis, US, where former police officer Derek Chauvin will be sentenced for murdering George Floyd in May 2020.

Floyd's family and their legal team are expected to speak to media after the sentencing has been announced.

Chauvin, 45, is facing a decades-long sentence in prison. Minnesota prosecutors earlier asked a court to sentence him to 30 years in prison after he was convicted of killing Floyd.

Chauvin tried to arrest Floyd, who was accused of using a fake $20 bill at a local convenience store, and knelt on Floyd's neck for more than nine minutes. After complaining he could not breathe, Floyd became unconscious and died later at a hospital.

Floyd’s death triggered mass protests in a large number of US major cities, where demonstrators denounced police brutality and demanded justice for Black Americans. Some of the protests turned into riots complete with acts of vandalism and property destruction.