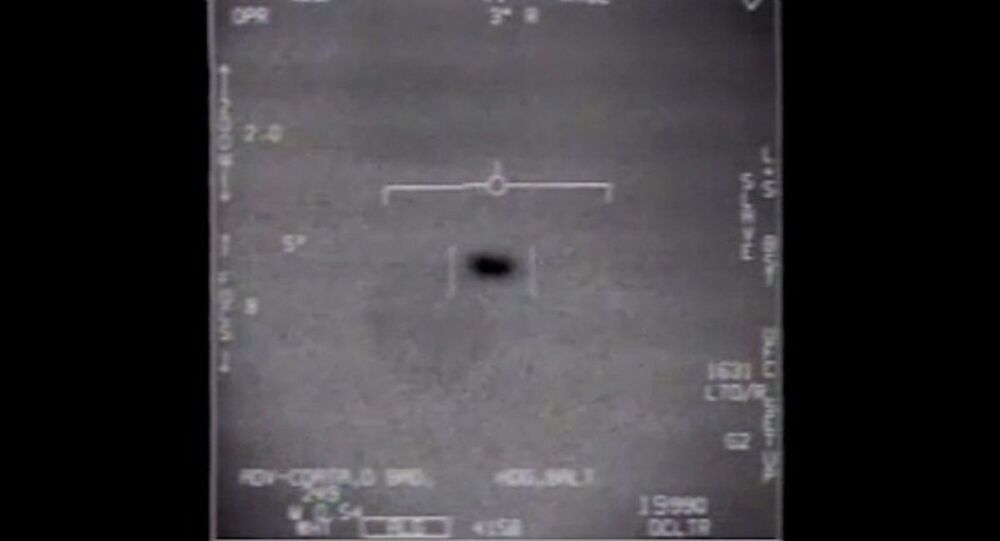 The office of the Director of National Intelligence and the Defense Department are just about to unveil a highly anticipated report on so-called Unidentified Aerial Phenomena (UAP), which follows Pentagon’s release of three declassified videos showing some mysterious oval objects of an unexplained nature.

An upcoming special by TMZ is going to shine light on an alleged “cover-up” of UFO sightings by the US authorities, the news website’s founder Harvey Levin told Fox.

The one-hour special, which will be aired on 29 June, is expected to dive into mysteries surrounding numerous incidents documented and filmed by American military personnel in previous decades.

"We also spend time talking about an ongoing cover-up by the United States government," Levin said. "For some reason, not wanting to talk about what they know about this. The cover-up has been going on for 74 years.”

According to Levin, the TMZ documentary will include the accounts of Pentagon officials and pilots who said they faced retributions and saw their lives “ruined” for speaking out about the UAPs.

This comes as the US government is expected to release a new report detailing the intelligence community’s review of over 120 incidents of UFO sightings (also referred to as UAPs).

The New York Times reported on 3 June, citing senior officials from the Joe Biden administration, that the yet-to-be-unveiled report found no evidence that the aerial phenomena extensively witnessed by Navy pilots were of an extraterrestrial nature. However, neither did the report conclude that the objects in question originated from the American military or some secret government programme into advanced technologies.

© CC BY 2.0 / IBiAFoddoAbbarad / Evening UFOS
'Tic-Tac UFOs', Hovering ‘Craft’ Swarming US Navy Vessels Possibly ‘Coming from Underwater Base’
However, the office of the Director of National Intelligence and the Defense Department, which authored the report, were still inconclusive about the nature of these sightings. So once again, the report, which will include a classified annex, is expected to raise more questions than answers.

"The Pentagon's report will be as important for what it doesn’t answer as what it does," said Levin. "The [TMZ] show is a process of elimination of sorts, taking theories off the table and seeing what we’re left with will undoubtedly be pretty amazing."

Levin admits that the Pentagon review is still “a big first step.” However, he says, “there are issues with that as well and questions about how it was funded, how it was staffed and why there was some mysterious reassignments."

In April, the US Department of Defence released three declassified clips filmed by US navy fighter pilots in 2004 and 2015, showing Tic Tac-like objects hovering above the water. The videos were already in wide circulation after being previously leaked to the public, but it took Pentagon many years to admit that they actually had no idea what was going on in those clips.