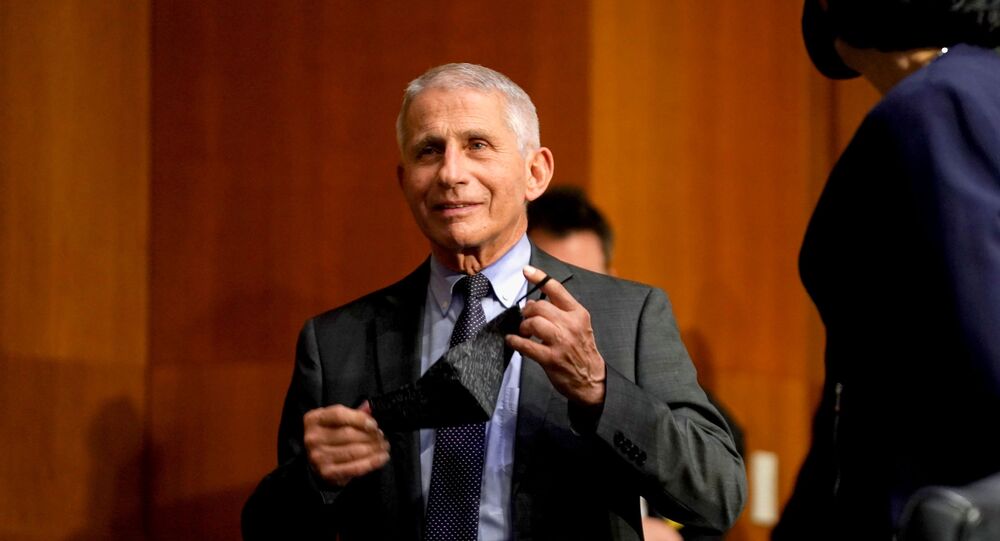 The White House's top COVID advisor Anthony Fauci previously revealed that he and his family had received death threats, prompting him to hire a security team.

Naked Anthony Fauci had to be hosed down in “what looked like a kiddie pool” after opening an envelope containing a white power that he believed could have been deadly ricin or anthrax, a new book revealed.

According to 'Nightmare Scenario: Inside the Trump Administration's Response to the Pandemic That Changed History', the upcoming book about America’s experience dealing with the COVID crisis, the incident took place on 27 August 2020, while Fauci was still working under the 45th president.

Fauci, who was this Januarly appointed Chief Medical Advisor to President Joe Biden, opened the ill-fated envelope at his office at the National Institute of Health, and white powder spilled out, blowing into his face and chest, according to the authors Yasmeen Abutaleb and Damian Paletta.

“Over the next few hours, his team hosed him down to his skivvies in a chemical lab, making him stand naked in what looked like a kiddie pool as they awaited the results of the tests on the substance,” reads the review of the book shared by Politico.

“He called his wife to warn her before breathing a sigh of relief a few hours later when the findings came back negative for both deadly substances,” it adds.

If the powder had turned out to be ricin, Fauci could have died within days. It was not specified what was the nature of the substance but the medical advisor had previously told the New York Times that it was a “benign nothing” as the spoke about the “powder” incident this January.

“But it was frightening. My wife and my children were more disturbed than I was. I looked at it somewhat fatalistically. It had to be one of three things: A hoax. Or anthrax, which meant I’d have to go on Cipro for a month. Or if it was ricin, I was dead, so bye-bye,” Fauci revealed.

During the interview, Fauci also spoke at lengths about apparent deaths threats his family received during his work for the Trump administration and his COVID agenda.

Fauci was forced to hire security detail to protect his family in the end.

The new book by Washington Post reporters Abutaleb and Paletta purports to delve into the Trump administration’s response to coronavirus pandemic and how Anthony Fauci and Francis Collins, the National Institutes of Health Director, first resisted Donald Trump’s calls to halt programme that was providing funding to the Wuhan Institute of Virology, that remains at the centre of COVID-19 lab leak theory. Fauci and Collins followed Trump’s order in the end.