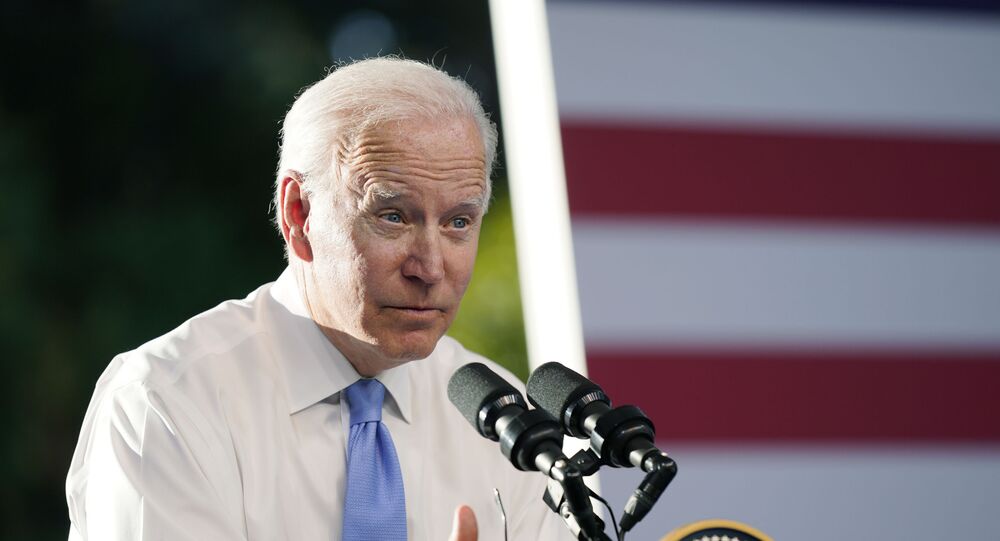 Joe Biden's gaffe-prone behaviour at press conferences has often made headlines, with the US POTUS recently under fire for snapping at CNN reporter who asked about his meeting with Russian President Vladimir Putin.

President Joe Biden ignited Twitter after what has been dubbed a "creepy" White House press conference on Thursday.

As Biden touted his tentative $1.2 trillion bipartisan infrastructure deal, which he threatened not sign unless Congress also passed a separate "human infrastructure" bill costing up to $6 trillion, he repeatedly leaned over the podium and whispered at the reporters who had gathered.

After Townhall website posted a compilation video of Biden's press conference, the hashtag "Creepy Joe" started to trend on Twitter.

This week he's whispering at them. pic.twitter.com/2R54bmbZp5

​Many on social media were similarly prompted to comment on the “weird” behaviour of the POTUS.

People voted for this guy

what the hell is this ?

Reminds me of the sixth sense line:
"I see dead people"..

Is he drinking from the same bottle as Nacy

Dude is straight up fucking weird

If trump did this they would invoke the 25th ammendment.

Joe Biden's press conferences have recently generated headlines. Thus, on 17 June the President appeared to loose his cool when a CNN reporter, Kaitlan Collins, asked him a question about his meeting in Geneva with Russian President Vladimir Putin.

​CNN’s chief White House correspondent had asked the POTUS as to why he was “confident” that Putin would “change his behaviour”, with Biden responding, “I’m not confident. What the hell, what do you do all the time?"

Biden, however, later addressed reporters were he apologised for his response to Collins’ question, but added: “You never ask positive questions.”