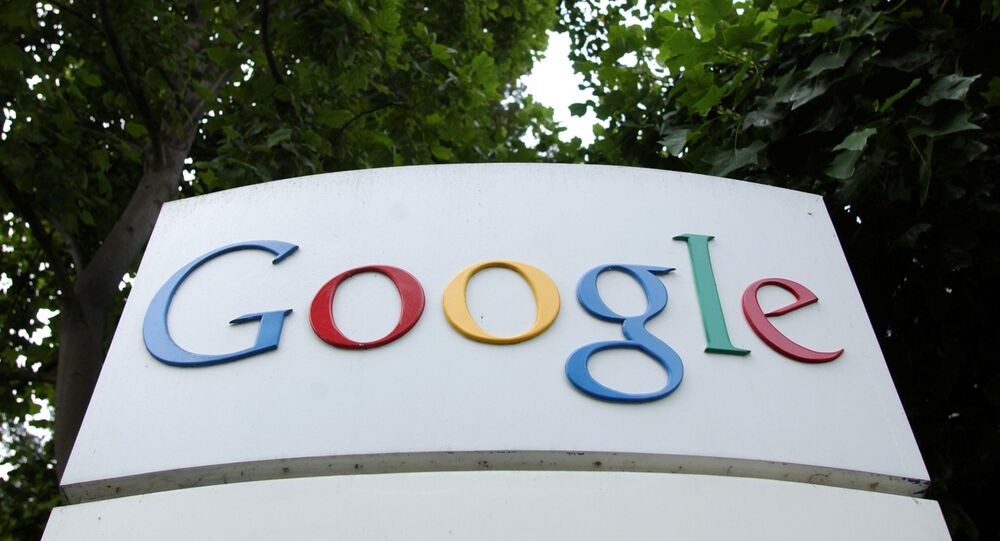 As five antitrust bills aimed at Big Tech giants such as Apple, Amazon, Facebook, and Google seek to stop them from exploiting their digital market dominance, the GOP is increasingly split on the issue, reports Politico.

The bills hoping to “reign in” Silicon Valley, which the House Judiciary Committee considers on Wednesday, have united political forces from both US parties, while also triggering a schism within the Republican Party ranks. House Republicans have reportedly sparred over the ambitious bills in the run-up to the committee vote, with lawmakers forging unlikely alliances.

Antitrust Chair Rep. David Cicilline (D-R.I.) proposed the American Choice and Innovation Online Act, co-sponsored by Trump supporter Rep. Lance Gooden (R-Texas). Their measure would render it unlawful for a top company to “self-preference” or favour their own products.

GOP Reps. Matt Gaetz of Florida and Ken Buck of Colorado have backed the measure, writes the outlet.

© AFP 2021 / LEON NEAL
A picture shows the logo of the online retailer Amazon dispalyed on computer screens in London on December 11, 2014

Meanwhile this pits the "alliance” against Trump allies such as House Minority Leader Kevin McCarthy (R-Calif.), who has said he’s planning to unveil his own tech reform agenda, and Ohio Rep. Jim Jordan, the top Republican on the Judiciary Committee.

“I have a ton of respect for Jim Jordan. He literally was the person I looked up to and wanted to run for Congress to be like…. it’s disappointing in some ways that we don’t share the same views about this, but it’s not surprising,” Buck said in an interview.

Jordan tweeted after the legislation was announced that Democrats simply seek to endow President Joe Biden with “more power to 'fix' the problem."

-Want to give President Biden more power to “fix” the problem.

Leading liberal Rep. Pramila Jayapal (D-Wash.) sponsored a bill that would allow the Department of Justice (DOJ) or Federal Trade Commission (FTC) to sue to force the tech giants to sell off parts of their business if they represent an “irreconcilable conflict of interest,” according to previewed draft copies of the legislation reported by the outlet.

Some of the measures in line with the bills would bar platforms from buying up potential rivals. They would be required to build new interfaces enabling users or businesses to more easily transfer to competing platforms.

Public Knowledge’s Charlotte Slaiman described the package of antitrust legislation as “the most powerful tools that we’ve seen introduced in Congress to address the power of Big Tech."

Every time powerful legislation is proposed, like the #BigTech competition legislative package for #AStrongerOnlineEconomy that came out last week, we see detractors saying “You’ll regret this!” Those are empty threats. Here's how the bills break down the power of big tech. 1/14

​While a group of Republicans on the Judiciary panel could side with the Democrats in support of the antitrust bills, Jordan’s team has reportedly been asking Republican offices to alert him if members plan to vote for the bills, a GOP source was cited as saying.

Jordan has repeatedly labeled the antitrust legislation as a group of “Democrat bills,” however, GOP interest has been reportedly heightened amid a chorus of accusations that conservative voices were being censored by social media platforms.

The lobbying issue has also complicated the debate, with GOP proponents of the antitrust bills blaming “the D.C. swamp” for contaminating Republicans’ views on the issue.

They claim advocates of Big Tech have been seeking to influence their positions, including via Jeff Miller, a lobbyist linked to McCarthy, who represents several tech clients.

The legislative push follows findings laid out in the 2020 investigation that probed business practices of Apple, Amazon, Facebook, and Google to determine that the four tech giants have monopolised various aspects of the online economy.

While the bills have prompted severe pushback from tech-funded groups, a White House official informed Axios that the Biden administration would be working with lawmakers to assist in the legislative process.

Story of Misfortune: How Amazon Fails to Get What It Wants Despite Increasing Lobbying in Washington