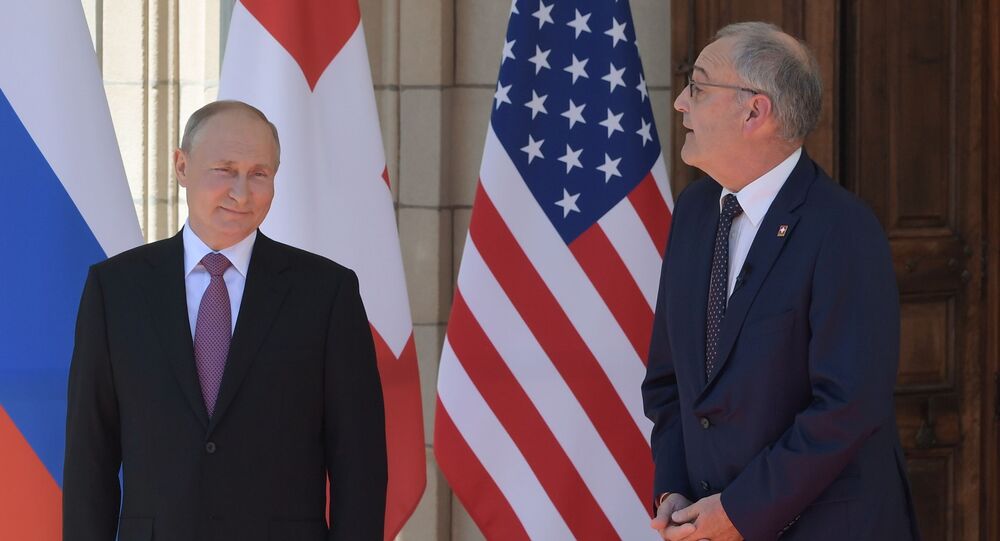 "Thirty-five percent of voters in the June 18-20 survey described the June 16 meeting between Biden and Putin as successful, compared with 37 percent who said the same following the Helsinki summit in a poll conducted in 2018. The exact same share of voters — 36 percent — said either meeting was not successful," a press release summarizing the poll said.

"Further underscoring the partisan divide in America is how Democrats and Republicans view Putin in the context of U.S. leadership. In the latest poll, 84 percent of GOP voters have an unfavorable view of Biden, while only 70 percent dislike Putin. That finding dovetails with the post-Helsinki poll from three years ago, when 78 percent of Democratic voters had an unfavorable view of Putin and 86 percent had a sour view of Trump," the press release added.

The poll also revealed that the Putin-Trump summit drew more attention than last week's Geneva meeting, as half of the voters reported hearing a lot about it, which is 15% higher than the share of those who said the same about the Biden-Putin meeting.