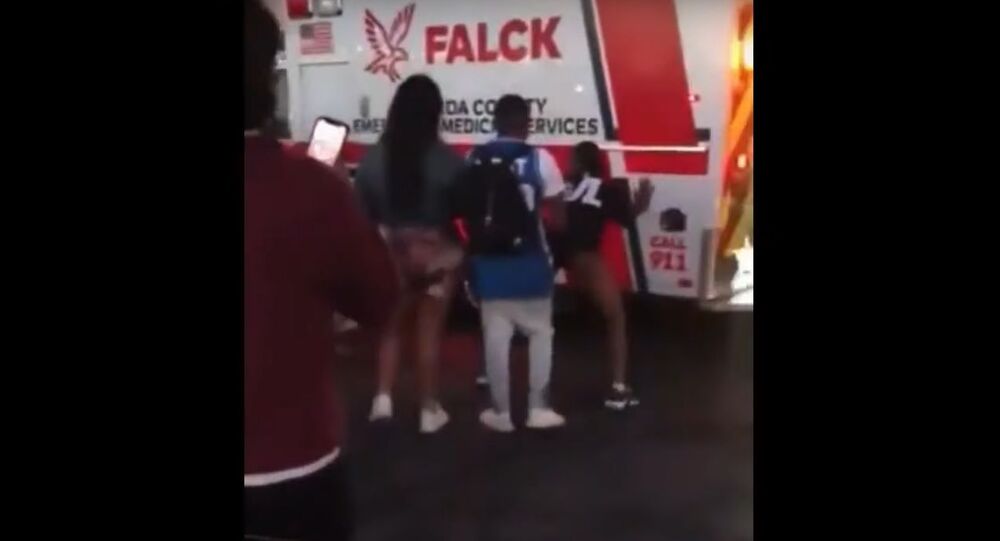 One person died and several more were injured on Saturday as gun violence erupted at Lake Merritt, while thousands of people gathered nearby celebrating Juneteenth, a holiday dedicated to the liberation of Black Americans from slavery. Police later said that the shooting was a result of a feud between two San Francisco gangs.

A video showing people twerking on and around an ambulance which had arrived to respond to a deadly shooting in Oakland is making the rounds on social media, as police officials condemned the Juneteenth party-goers for blocking medics from leaving the scene.

Shooting at Oakland CA Juneteenth celebrations last night, leave 1 dead and 5 injured. This is how people reacted when the EMTs arrived. pic.twitter.com/AcFPciJuzq

On Saturday, DaShawn Demetrius Rhodes, a 22-year-old man from San Francisco, was shot dead at the 2200 block of Lakeshore Avenue as thousands of people gathered around the city’s lake for the Juneteenth festivities. Police believe that multiple shooters were involved in the gang-related incident that also left at least seven people injured.

​However, medics who arrived to take victims to hospital faced unexpected obstacles from the crowd, who were seen on social media dancing against and on the top of the vehicle, cheered by people around.

"The fact that we had several people shot and injured, we had people who continued to dance on and around ambulances, preventing the ambulances from leaving the area to get people to hospitals so that they can be treated," Oakland Police Chief LeRonne Armstrong told reporters Monday.

Armstrong still praised those who helped responders to unblock the area from celebrators.

"We also had some people that stood up, that actually helped out and helped open up traffic. We thank them for their efforts,” the chief added.

Despite some comments on social media that the shared footage which was taken far away from the shooting scene, people were able to identify the exact point where the video was filmed, at the intersection of Lakeshore and Hanover Avenues.

you're flat out wrong. video was taken at the intersection of lakeshore and Hanover. I even managed to find the exact building this video was filmed in front of. besides, it shouldn't matter why EMTs were there, this shit is uncalled for and dangerous. get better at factchecking pic.twitter.com/Dc9pWy5AGC

According to the San Francisco Chronicle, citing police reports, other victims of the shooting include five men aged between 16 and 27 and two women aged 21 and 22. No people have been arrested in relation to shooting as of late Tuesday.

Juneteenth, which celebrates the abolition of African-American slavery in the US, was signed into law as a federal holiday by President Joe Biden last week, but has been observed in various parts of the US since 1866.