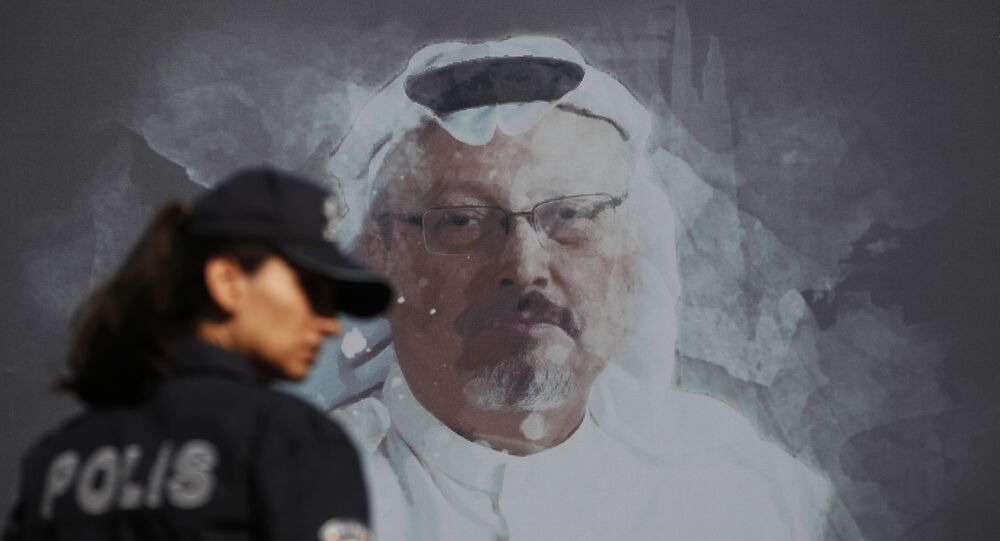 WASHINGTON (Sputnik) - The Obama-era State Department approved training in the United States for Saudi operatives who were involved in the assassination of journalist Jamal Khashoggi, the New York Times reported, citing documents and people familiar with the matter.

The report said on Tuesday that the State Department under the Obama administration first granted a license in 2014 for the Saudi Royal Guard to receive paramilitary training from the Arkansas-based security company Tier 1 Group, which is owned by Cerberus Capital Management.

The training continued until at least the first year of former President Donald Trump's term, the report said.

Four Saudi operatives involved in Khashoggi's death received training in 2017, the report said, adding that two of the members had also participated in training from October 2014 to January 2015. The paramilitary training given to the Saudis involved safe marksmanship, countering an attack, surveillance, and close-quarters battle, the report said.

© AP Photo / Virginia Mayo
Slain Journo Khashoggi Covered Afghan Mujahideen With ‘Good Friend’ Osama Bin Laden
The report said there is no evidence that US officials who approved the training or Tier 1 Group executives knew that the Saudis receiving training were involved in the crackdown on dissidents in Saudi Arabia.

In February, the US Office of the Director of National Intelligence published a declassified report assessing that Saudi Crown Prince Mohammed bin Salman approved an operation to kill or capture Khashoggi at the Saudi consulate in Istanbul, Turkey, in October 2018. Turkish authorities reported that a bone saw had been used to dismember the journalist's body.

As a follow-up, the Biden administration put on hold several arms deals with Saudi Arabia within the context of withdrawing support for offensive operations in Yemen and a diplomatic bid to end the war there. However, the US president avoided criticizing the Saudi crown prince despite the fact that Biden’s own intelligence agencies assessed that he approved the operation to kill or kidnap the journalist.

Riyadh initially denied any knowledge of Khashoggi's whereabouts, but eventually admitted that he was killed and dismembered inside the consulate. Concerning the report, the Saudis said it contained inaccurate information.

The US administration has been harshly criticized for not imposing sanctions against Saudi Arabia over the Khashoggi killing, with critics accusing Washington of demonstrating double standards. However, such a stance could be explained by the United States' unwillingness to risk its lucrative arms sales to the Kingdom. Using exactly this reasoning, former US President Donald Trump publicly admitted he did not want to put US arms sales at risk by insulting the Saudis.