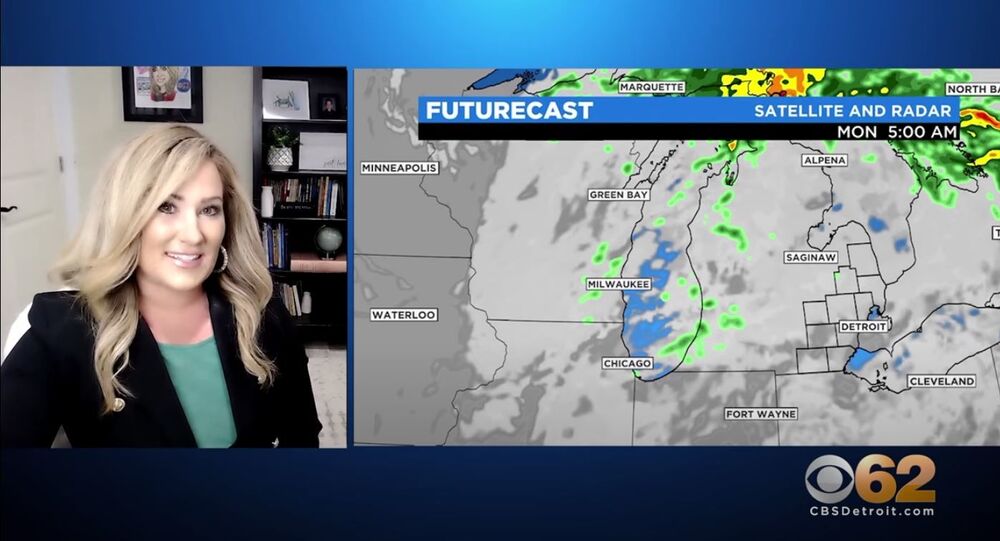 A week earlier, Fox 26 reporter Ivory Hecker went off-script during a live remote broadcast to say she would be spilling the beans to investigative journalists from Project Veritas on the network's “censorship” and “corruption".

A CBS News weathergirl has become the second TV journalist to denounce her big-name mainstream media employer live on air.

CBS 62 Detroit's April Moss took a detour in the middle of her Sunday forecast for a rainy Monday — to reveal she would be blowing the whistle on the network's "discrimination" to investigative journalism collective Project Veritas.

"And speaking of a brand new week, I will be sitting down this week with Project Veritas to discuss the discrimination that CBS is enforcing on its employees", Moss said, without going into the details.

© Photo : Twitter / @bennyjohnson
'It Affects the Viewers': Fox Reporter Slams 'Censorship', 'Corruption' in Media Corporation
Last week Fox News 26 reporter Ivory Hecker interjected into her own live broadcast to reveal she would be spilling the beans on "censorship" and "corruption" at the network to Project Veritas.

Hecker swiftly got a call from Fox Human Resources Director Tracey Rivers telling her she had been suspended immediately from her job.

The back-to-back public whistleblowing defections could provide a moment of schadenfreude for alternative media outlets previously subjected to similar attacks.

In 2014, RT News anchor-woman Liz Wahl went off-script and quit live on air with a diatribe against the Russian-owned network, after previously attacking Russia's reunification with Crimea that year. Her stunt won her guest appearances on major US news networks CNN, Fox, and MSNBC.