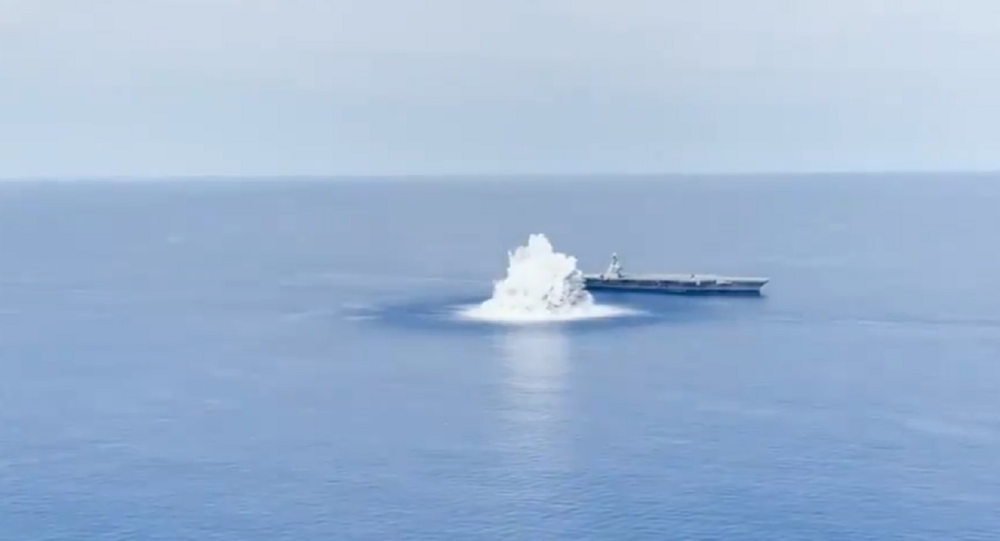 The explosives used during Friday's trials were so powerful, the shock they caused was registered as a small earthquake measuring 3.9.

The US Navy has uploaded two videos of full-ship shock trials of the USS Gerald R. Ford. The trials, held on Friday off America's East Coast, were meant to measure how good the supercarrier is at withstanding shockwaves from explosives.

In the first clip, the bomb detonated underwater is seen causing a massive eruption that hides the supercarrier from sight.

However, the second clip, shot from a different angle, shows the supercarrier unscathed by the shockwaves created by the blast.

After the trials, the US Navy confirmed that the tests were successful and they proved the USS Gerald R. Ford can "take a hit".