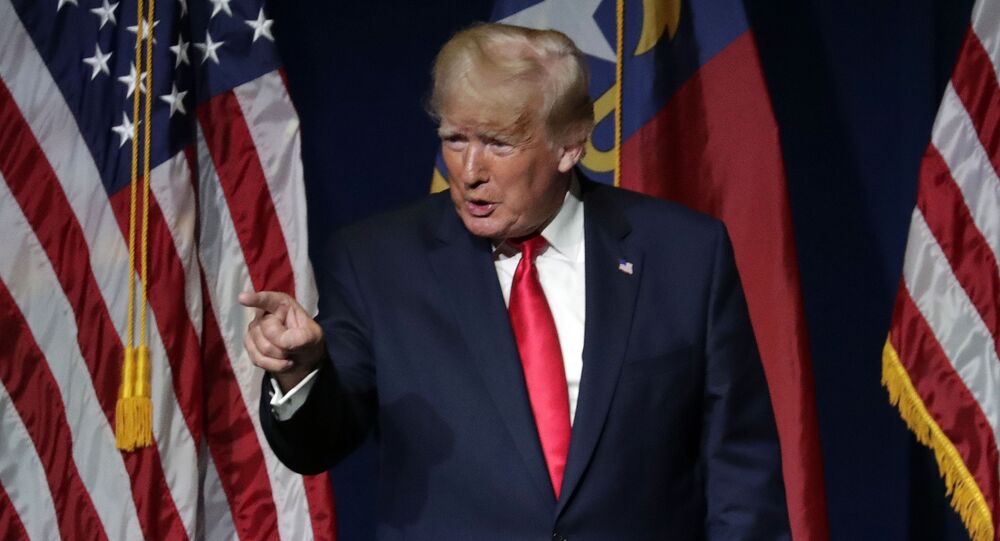 The statement comes as the ex-president announced the dates of a national tour with TV host Bill O'Reilly, dedicated to the Trump administration, which will be launched in Florida this September.

Donald Trump has taken a jab at his opponents on Father's Day this year, sending out wishes to a very unexpected list of people:

"Happy Father's Day to all, including the Radical Left, RINOs [Republican-in-name-only], and other Losers of the world. Hopefully, eventually, everyone will come together!", Trump said.

In the meantime, his son Don Jr. has also used the holiday to deliver a political statement, as, according to reports, he sent a message titled "My father is asking about you" to appeal for donations.

"Friend, there's absolutely nothing the Fake News and Left-Wing MOB will not do to protect Joe Biden's failing record as President of the United States. They are DESTROYING everything my father accomplished, which is why it's critical we stay on track to CRUSH our Mid-Month Goal this month", the email from Trump Jr. said. "We're finalising the list of Mid-Month donors soon and I know my father will be looking for your name on it".

This is not the first time that Trump has used a holiday address to take a swipe at his political opponents. Back in 2019, the then-president wished "Happy Father's Day to all, including my worst and most vicious critics".