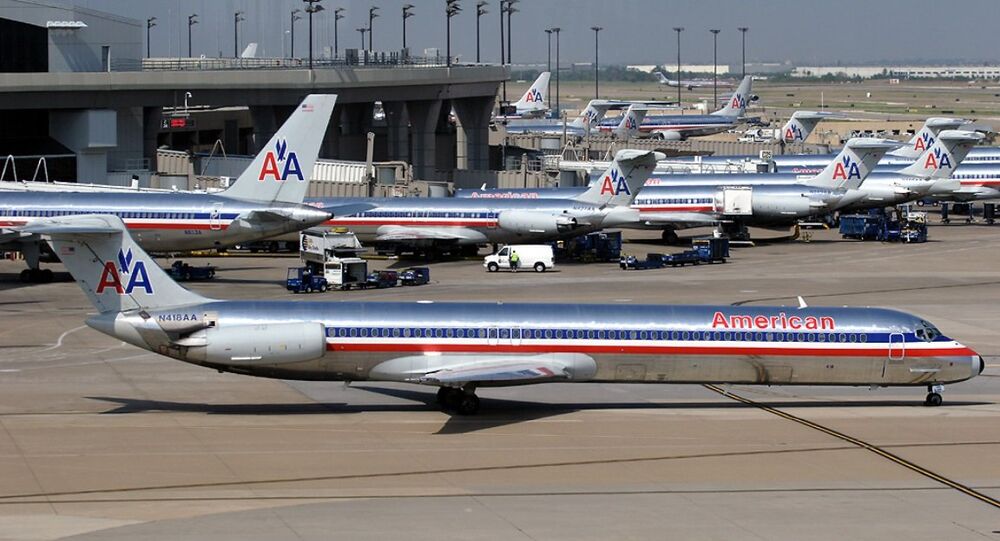 The massive vaccine rollout in the United States and the easing of pandemic restrictions across the country has prompted an increase in travel bookings, boosting an industry that earlier was severely affected by the COVID outbreak.

American Airlines announced the cancellation of some 950 flights after previously increasing flights to meet a surge in travel demand, The Wall Street Journal reported on Sunday.

While the number of scrapped flights is "relatively" small, with the report estimating it to be 1% of planned flights in the first half of July, it still illustrates hardships met by airlines as they try to bounce back after a year of global pandemic lockdowns undermining their market.

"We made targeted changes with the goal of impacting the fewest number of customers by adjusting flights in markets where we have multiple options for re-accommodation", Axios quoted a company statement.

The company's decision was particularly impacted due to "storms that hit some of American’s biggest hubs several days this month", causing cancellations and delays, with the airline moving to cut back on flights to "have more breathing room when unexpected problems arise."

According to company statements cited in the reports, most customers will still be able to make it to their destinations the same day. Others, however, will be moved to earlier or later flights, or have their travel connected through a different hub.

In the first quarter of 2021 alone, US passenger airlines reported a net loss of $4.2 billion, after taxes, down from a $7 billion shortfall in the final three months of 2020, according to US Transportation Department data shared on Tuesday.

Southwest Airlines Grounds Flights in US Due to Computer Issues