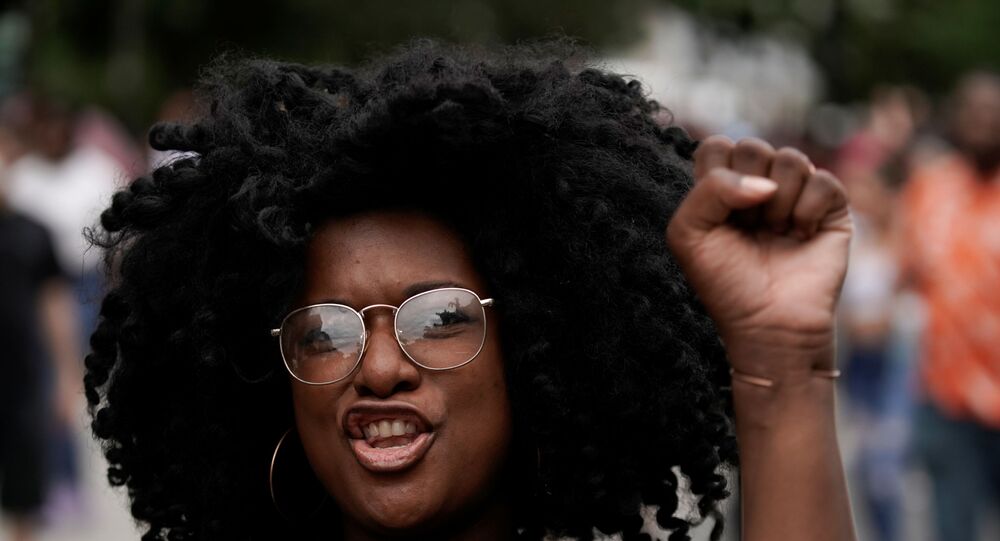 NEW YORK (Sputnik) - Hundreds of people took to the streets in New York City and other US cities to mark Juneteenth, a national holiday marking the abolition of slavery in the United States, a Sputnik correspondent reported.

Most rallies featured placards and slogans reminiscent of the Black Lives Matter movement.

Small groups of 20 to 30 people gathered to commemorate the event in Manhattan. The rallies proceeded calmly, as participants tried to stay in the shadows of buildings, shielding themselves from the summer heat.

On Thursday, US President Joe Biden signed a law to designate June 19 as the National Independence Day, or Juneteenth. The day honors the June 19, 1865, proclamation of freedom for those enslaved in Texas.

In New York City, some were disappointed that Mayor Bill de Blasio failed to deliver on his promise to make Juneteenth an official holiday. A few companies, such as Twitter, Square and Nike, gave employees a paid day off.