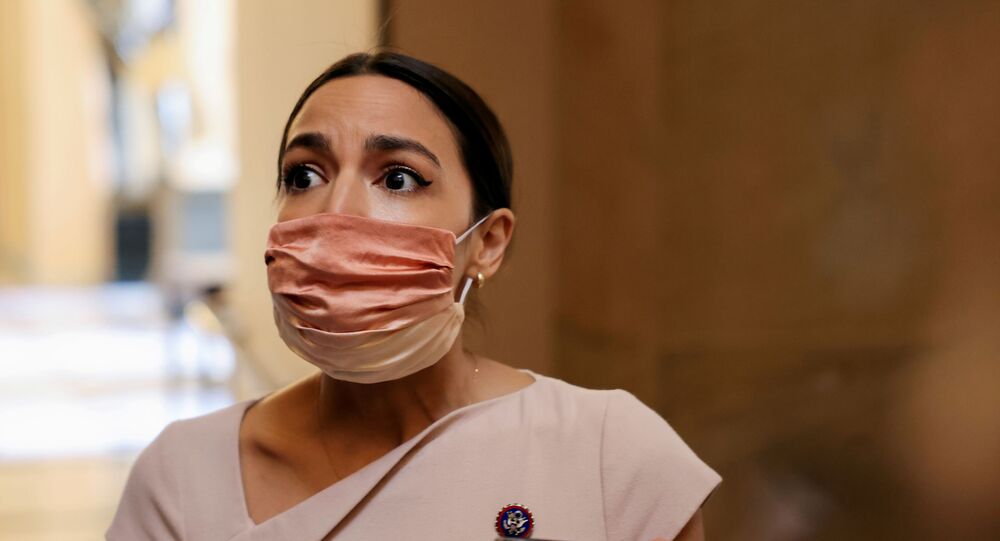 This is not the first time that the US representative for New York's 14th congressional district has criticised the entrepreneur. In 2019, Ocasio-Cortez condemned Amazon for paying warehouse workers what she described as "starvation wages".

Alexandria Ocasio-Cortez has chastised Amazon’s founder Jeff Bezos for asking the US government to finance his space company Blue Origin, TMZ reported. Speaking with the outlet, the lawmaker said she found it bizarre that while Bezos' ex-wife MacKenzie Scott had donated $4.4 billion to charity organisations over the past two years, the entrepreneur's company asked the Congress to bail it out.

Her remark comes a week after another Democrat, Elizabeth Warren, harshly criticised the Amazon founder. The Massachusetts senator said the entrepreneur’s upcoming trip to space is a slap in the face of US taxpayers. Warren claimed Bezos is "laughing at every person in America, who actually paid taxes".

"Bezos' trip to outer space is being financed by all the rest of the US taxpayers, who paid their taxes so that Jeff Bezos didn’t have to”, Warren said.

Warren's statement about not paying taxes apparently refers to a recent report by ProPublica, which said that US billionaires, including Elon Musk, Warren Buffett, and Jeff Bezos, didn’t pay taxes. According to the outlet, which cited a "vast trove of Internal Revenue Service data", Bezos, who according to Forbes' real-time billionaires' list is worth $200 billion, paid no taxes in 2007 and 2011.

In April, NASA awarded Elon Musk’s company SpaceX a contract on the construction of a Moon lander that will take the first woman and the next man to the Earth’s natural satellite in 2024. Bezos' Blue Origin also participated in the bid, but reports say the space agency chose SpaceX due to its experience and low price. Blue Origin challenged NASA’s decision and won. The company reportedly called on congressmen to allocate more money ($10 billion) for the programme and award contracts to two companies instead of one.