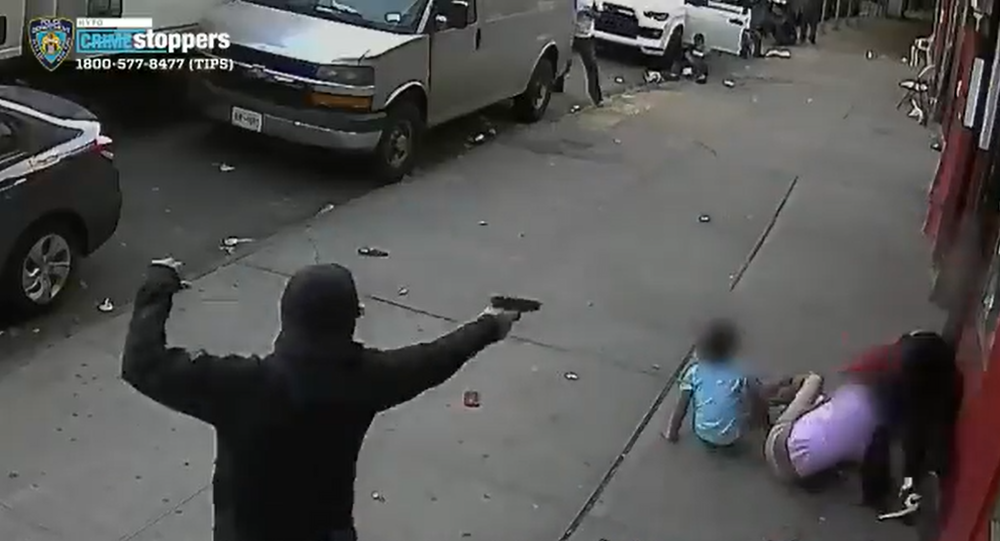 According to New York Police Department (NYPD), the children that happened to be near the man who was shot were not physically harmed in the street shooting.

Two young children appeared to nearly be caught in the crossfire in the streets of Bronx, as a shooter fired several times at another man, shown in shocking footage released by the NYPD on Friday.

"@NYPDDetectives need your help identifying & locating the 2 men seen in this video shooting another man near 1551 Sheridan Ave. in the Bronx." the police tweeted. "Yes, those are children with the victim, who were very fortunately not injured."

The video shows a gunman firing multiple shots at a man who falls on the ground and takes the two children down with him. The girl is seen protecting the boy, who is reportedly younger, covering him with her body.

The children were not physically harmed.

The following video contains graphic content that some may find disturbing.

🚨Please Share@NYPDDetectives need your help identifying & locating the 2 men seen in this video shooting another man near 1551 Sheridan Ave. in the Bronx.

Yes, those are children with the victim, who were very fortunately not injured.

PIX 11 reported, citing police, that the gunman probably was not aware of the children, who had just walked across the street. The 24-year-old victim was reportedly shot in the back and both legs and is "stable" as of Friday morning.