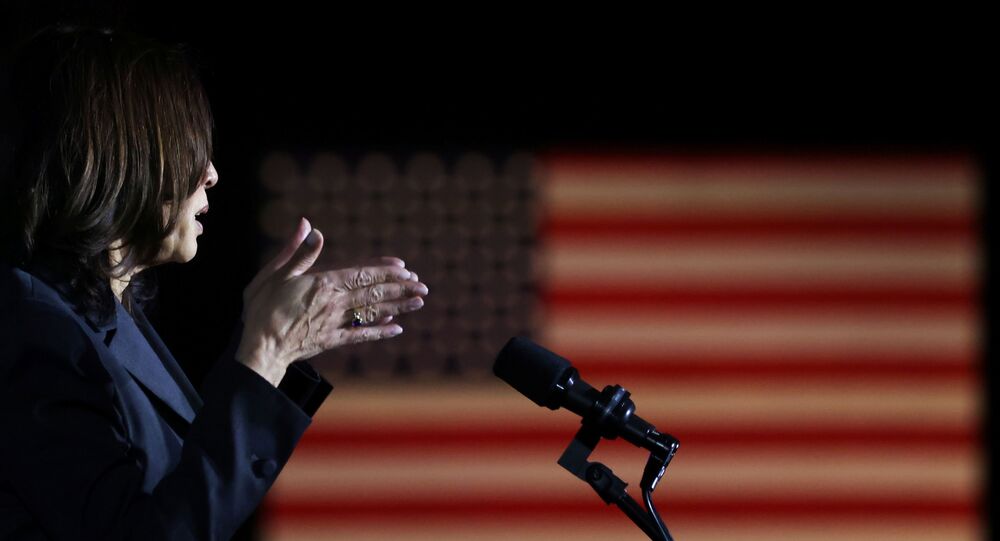 The situation at the US-Mexico border has become the target of constant Republican criticism as the numbers of illegal immigrants crossing the US border continue unabated. The Republican House members displayed their outrage with the current administration's unwillingness to send Harris to the border or address the issue as a “crisis”.

56 Republican House members signed a petition on Friday, urging US President Joe Biden to appoint another official to lead US efforts to solve the immigration situation at the border, while accusing vice president and border czar, Kamala Harris, of not appropriately responding to the border crisis.

The GOP members noted that in the 85 days Harris since was appointed for “solving this crisis, she has yet to visit the border and meet with Border Patrol agents, Immigration and Customs Enforcement (ICE) officials and local law enforcement officials."

"Despite being in the midst of a border crisis this country has not seen in two decades, Vice President Harris has not yet shown adequate interest in observing this crisis first-hand," the document reads.

The @VP STILL hasn't visited the border. You can't truly know the situation until you speak with people on the ground. I and 55 of my colleagues sent this letter to @POTUS demanding her removal from this position because 180k encounters, a 21-year high, is unacceptable. pic.twitter.com/PJE0RpgTaV

Harris again received backlash for her hesitation to visit the border, meet with border agencies and “learn about their perspectives and observations about the origins and motivations of the thousands of people coming here every day.”

The GOP signers stressed that the vice president “wrongly presumes that ‘root causes’ of migration can only stem from a migrant’s country of origin.” The group pointed out that illegal immigrants are continuing to cross the border not only from Central America, but from other countries, in numbers significantly increasing over last year.

Harris recently concluded a trip to Guatemala and Mexico as part of the Biden administration’s efforts to mitigate the increased flow of migrants at the border. She met with leaders and announced that the US has a plan to allocate money to fight “root causes” of the current migration wave.

The new wave of criticism came recently as Harris was accused of not taking the border situation seriously – when a reporter noted that she had not visited the border, the vice president laughed and responded to the remark by saying that she “hasn’t been to Europe" either.

In March, Biden tasked Harris to handle the "root causes" of the huge migration influx from Central America, with the White House later clarifying that the vice president would focus on diplomatic contacts.

After Biden assumed office, he quickly abolished a number of laws that constituted the previous president’s “zero tolerance” policy towards illegal immigrants. In particular, Biden suspended the construction of additional sections of a US-Mexico wall and repealed the Migrant Protection Protocols (MPP), thus, enabling refugees and asylum seekers to wait inside US borders while their applications are reviewed.

Recently, the US Customs and Border Protection agency revealed that the amount of illegal immigrants who crossed the US border this fiscal year had exceeded the most recent peak, recorded in 2006. According to the latest data, over 180,000 undocumented immigrants attempting to cross the border were apprehended in May alone.