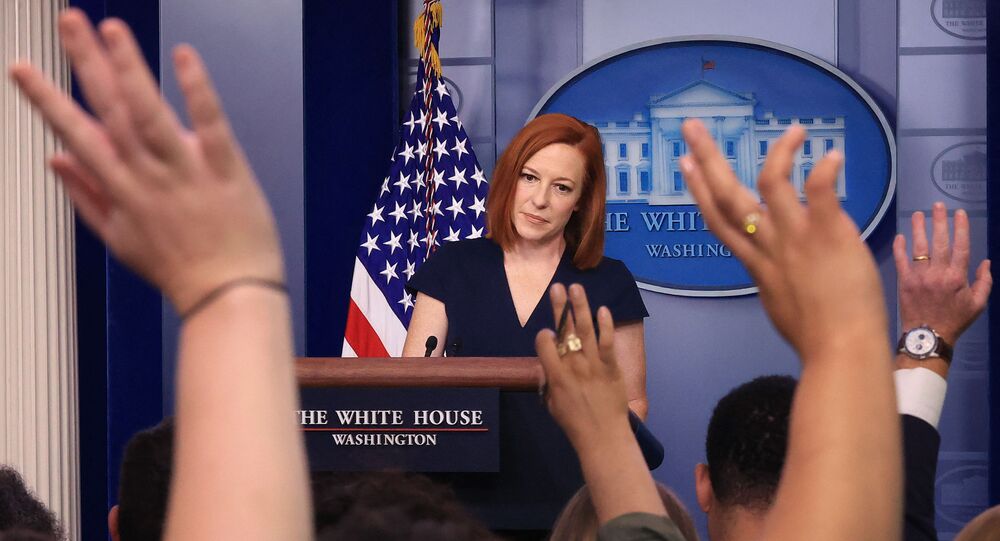 Earlier in the day, reports emerged suggesting that Washington has temporarily frozen its military aid package to Ukraine worth up to $100 million that included lethal weapons.

White House press secretary Jen Psaki issued a statement on Friday, denying suggestions that the US has held back its military assistance to Ukraine, calling such idea "nonsense".

"Just last week—in the run-up to the U.S.-Russia Summit—we provided a $150 million package of security assistance, including lethal assistance", Psaki's statement reads. "We have now provided the entire amount appropriated by Congress through the Ukraine security assistance initiative."

Psaki also pointed at how Biden "stood on the stage before the entire world at NATO", pledging to keep putting Ukraine “in the position to be able to continue to resist Russian physical aggression.”

Her remarks came shortly after a Friday report by Politico said that the White House moved to freeze its military aid package to Kiev that included lethal weapons. The reported decision was allegedly made amid the Russian announcement of drawing down troops stationed near Ukraine and the high-stakes Putin-Biden summit in Geneva.

Throughout the year, Washington has provided Kiev with two military aid packages that are worth $275 million in total. Some $2.5 billion of such military aid was provided to Ukraine by the United States since 2014 - the year when Crimea rejoined the Russian federation.