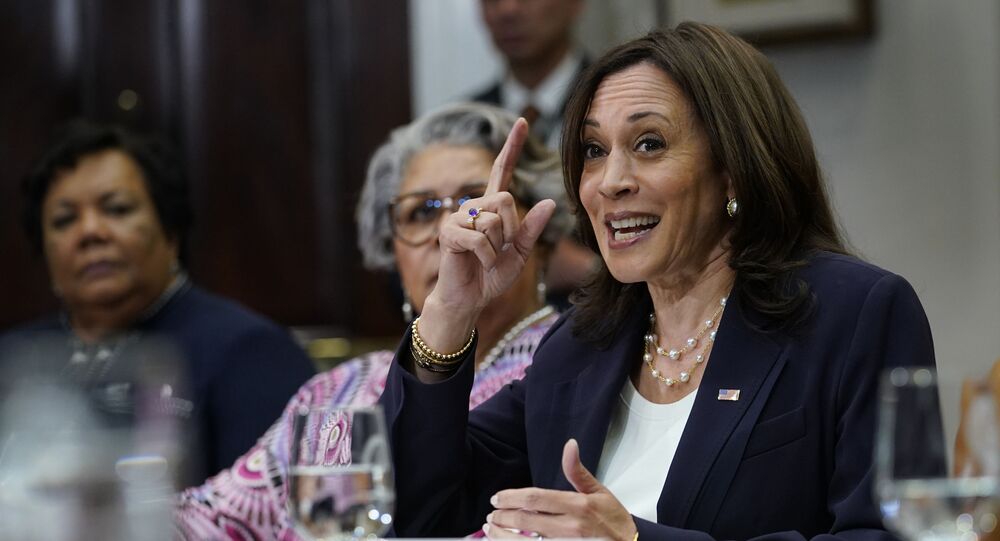 Back in March, US Vice President Kamala Harris was appointed to lead the Biden administration’s efforts in stopping waives of migrants from crossing over into the country. Nearly three months later, she's yet to visit the US southern border, maintaining that her primary task is to deal with the “root causes” of migration.

Kamala Harris is “laughing” at the critical situation at the US border with Mexico, a visibly frustrated GOP House Representative Ralph Norman told Homeland Security Secretary Alejandro Mayorkas on Thursday during their heated exchange, according to a video shared by Mediaite.

The set-to happened during a virtual hearing of the House Homeland Security Committee, as Mayorkas brushed off the congressman’s question about why Vice President Harris hasn't visited the southern border as “unfair.”

“Your comments are just words, and they’re very unfair,” Norman interrupted him in response. “I asked you a simple question, and I would like for you to just answer simply. Does it make sense for the leaders of the free world to go in to talk and see what’s going on at the border?”

Mayorkas responded by saying that Harris was “quite familiar with the situation at the border” due to her former post as attorney general of California, a border state, which she departed in 2017.

“But she’s laughing at it! She hasn’t been there” Norman hit back. “It’s an insult to say that you’re looking at the border wall … what do you have to look at? You’re not building it.”

According to Norman, “demoralised” border patrol agents have now resorted to "changing diapers" amid the tremendous influx of aliens from Central America, while the Biden administration still refused to brand the situation a “crisis.”

“It’s basically that you're not doing anything,” Normal raged.

© AP Photo / Gregory Bull
Migrants mainly from Honduras and Nicaragua sit in line after turning themselves in upon crossing the U.S.-Mexico border Monday, May 17, 2021, in La Joya, Texas

Last month, US Customs and Border Protection officials recorded over 180,000 encounters at the country’s southwest land border – a 25 percent rise on pre-pandemic numbers in May 2019.

However, Kamala Harris, who was appointed by Biden in March 2021 to deal with the situation, has been frustrated by questions about why she hasn’t yet visited the US-Mexico border almost three months after taking up the post.

Harris drew even more criticisms last week when she tried to snub a question on the subject during an interview with NBC News, bizarrely telling anchor Lester Holt that she hasn’t “been to Europe” either.

“And I mean, I don’t – I don't understand the point that you're making,” the vice president said with a visible smirk.

She also said during the interview that “we’ve been to the border,” potentially referring to officials from the Biden administration who visited the region, or when she went there before her time in office.

After all, it took Harris over 70 days to visit Guatemala and Mexico – two countries at the epicentre of the US border crisis – in her first foreign trip as VP, which concluded last week.