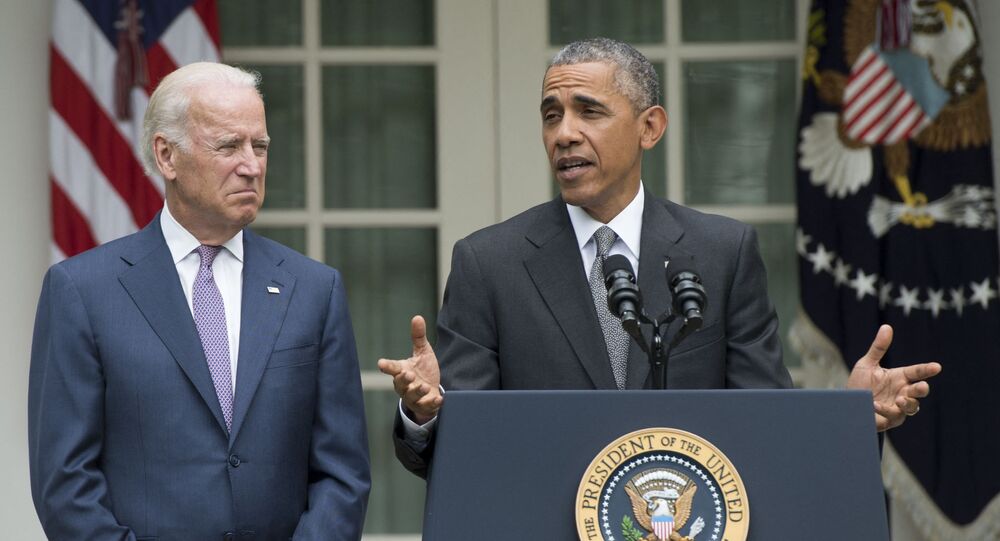 The Affordable Care Act (ACA), commonly known as 'Obamacare', has provided Americans under the age of 65 with simpler and cheaper access to costly healthcare while requiring insurance companies to provide coverage for those with “pre-existing conditions”.

White House Chief of Staff Ronald Klain saluted a decision made by the US Supreme Court to reject another bid by Republicans seeking the invalidation of Obamacare, taking to Twitter on Thursday to drop a throwback to President Joe Biden's old times.

"It's still a BFD", Klain tweeted, humorously referring to an old Biden's gaffe, in which he told former US President Barack Obama that the passing of the Affordable Care Act (ACA) was a "big f**king deal" - apparently, without realizing that he was on a live mic.

The amusing mishap occurred in 2010, after the law was passed, and immediately went viral, becoming an adage, which, apparently, lives up to this day.

It's still a BFD.

​Klain's nod to Biden's old sentiment comes after the US Supreme Court declined another Republican-backed bid to dismiss Obamacare, ruling that there is no legal standing to sue. The decision to uphold the ACA was made in a 7-2 vote.

The 2010 legislation provides Americans under the age of 65 with affordable access to healthcare while requiring insurance companies to cover people with 'pre-existing conditions' - medical states that started before one's health insurance went into effect.

The national healthcare mandate has drawn criticism from many Republicans, who blasted it as potentially increasing the deficit and harming multinational corporate insurance companies. The previous US president, Donald Trump, repeatedly and unsuccessfully vowed to "repel and replace" Obamacare.

Several repeal efforts have been made before and during his presidency, but all failed, with Trump only imposing limits for Obamacare and restricting Medicaid, a program providing healthcare for low-income Americans. Following his inauguration, Biden quickly moved to undo the Trump-era regulations.