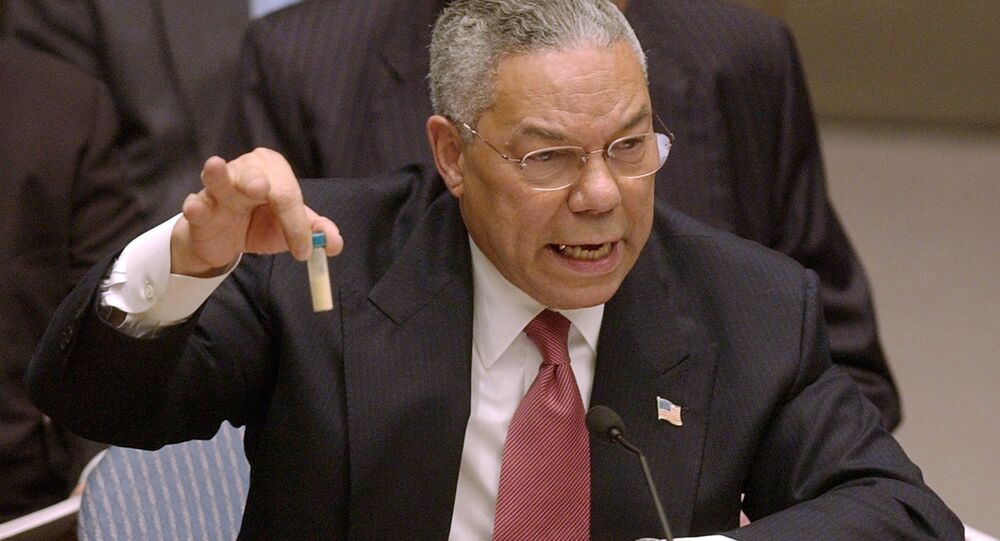 When US President Joe Biden ordered an airstrike against a depot in Syria allegedly used by Iraqi militias in February, he claimed the action was ordered in self-defense, not under a War on Terror-era law, as has been used for similar past airstrikes.

The US House of Representatives voted on Thursday to repeal the 2002 Authorization for Use of Military Force (AUMF) against Iraq. The law was used to provide legal sanction for the 2003 invasion that overthrew Iraqi leader Saddam Hussein, but critics say it has been used to authorize other military actions in recent years, for which it was not intended.

The lower congressional chamber voted 268-161 to repeal the law on Thursday, with 49 Republicans crossing the aisle to support repeal alongside 219 Democrats. The 2002 law had been passed by a wider margin in a Republican-led House in October 2002 and signed into law by then-President George W. Bush.

The 2002 AUMF built on a 2001 AUMF passed in the days after the September 11 terrorist attacks that served as the basis for the War on Terror, authorizing military action even in undeclared warzones if the targets were from the Al-Qaeda terrorist group responsible for the attacks or were connected to the group. However, the 2002 law specifically targeted Iraq and legally justified a pre-emptive strike in order to remove Hussein from power if it was feared he might use weapons of mass destruction against the US or another target, such as Israel.

Those weapons, of course, did not exist, but Hussein was nonetheless overthrown just days after the US launched an all-out invasion of Iraq in March 2003. In the subsequent occupation war, an estimated 450,000 Iraqis were killed, according to a study in 2013, two years after US troops withdrew from the country.

Rep. Gregory Meeks (D-NY), who chairs the House Foreign Affairs Committee, said Thursday the AUMF was “vulnerable to being abused,” especially since Hussein is long gone.

“Repeal is crucial because the executive branch has a history of stretching the 2002 AUMF’s legal authority,” he said. “It has already been used as justification for military actions against entities that had nothing to do with Saddam Hussein’s Baathist’s dictatorship.”

One example given by Sen. Chuck Schumer (D-NY), who leads the Democratic majority in the Senate, which has yet to pass its version of the bill, was the January 3, 2020, airstrike outside Baghdad airport. The attack, carried out by a US MQ-9 Reaper drone, killed Iranian Maj. Gen. Qasem Soleimani, commander of the elite Quds Force, as well as Abu Mahdi al-Muhandis, the commander of Iraqi Shiite militia Kata’ib Hezbollah and the deputy commander of the paramilitary Popular Mobilization Forces.

The attack aroused fury around the globe. Several days later, Iran responded with a ballistic missile attack against two US bases in Iraq where the majority of US forces in the country are barracked, and the Iraqi parliament voted to ask US forces to leave the country.

Rep. Michael McCaul (R-TX), the top Republican in the House Foreign Affairs Committee, dissented, warning that the repeal “sends a dangerous message of disengagement that could destabilize Iraq, embolden Iran, which it will, and strengthen al-Qaeda and ISIS [Daesh] in the region. We would avoid such dangers by taking up a repeal, but a replacement simultaneously.”

The Senate bill also seeks to revoke the 1991 AUMF, which served as the authorization for Operation Desert Storm. If it passes, both chambers will have to reconcile their two versions of the bill before it can be sent to US President Joe Biden to sign into law.

Tags:
Iraq, US House of Representatives, repeal, Authorizations for the Use of Military Force (AUMF)
Community standardsDiscussion