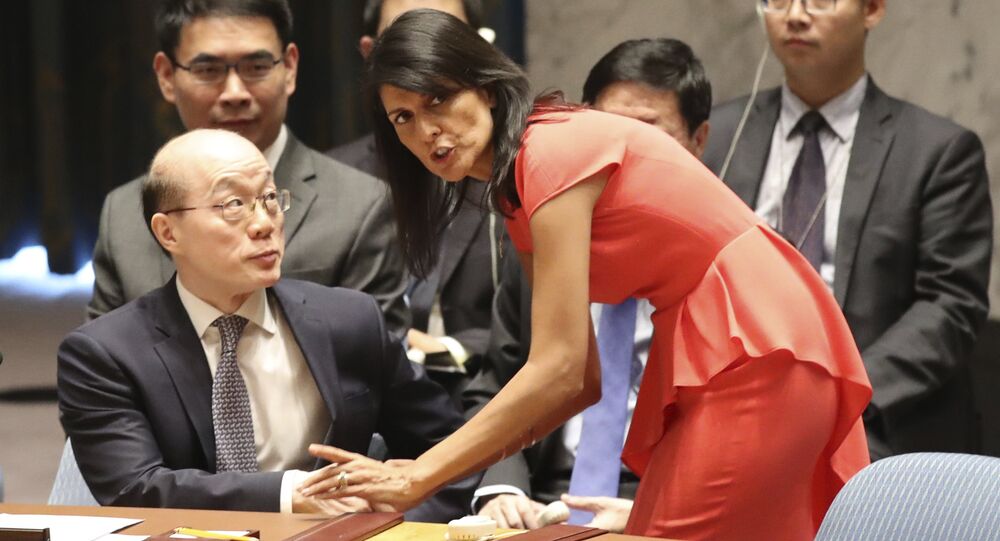 Last month, House Speaker Nancy Pelosi (D-CA) called for a "diplomatic boycott" of the 2022 Winter Olympics in Beijing, China, over allegations of human rights offenses committed by the country. Beijing refuted the allegations of genocide and other human rights violations toward Muslims in the Xinjiang region as "lies and disinformation."

Nikki Haley, a former South Carolina governor and an ex-US ambassador to the United Nations, took to the US Capitol building on Wednesday to meet with nearly 70 GOP lawmakers affiliated with the Republican Study Committee (RSC).

"The last Olympics that they had [in 2008] was their coming out. That's how they saw it. They were introducing themselves to the world," Haley said to GOP lawmakers, according to The Hill. "This next Olympics, if it goes unscathed, this is their way of showing that they are now the superpower of the world."

The former US ambassador to the UN went on to declare that US inaction regarding the allegations of human rights abuses in China would render Washington complicit and embolden Beijing.

"And if we don't boycott, if we don't do something to really call them out, mark my words: Taiwan is next," she said, in frank opposition of Beijing's 'One China' policy.

"And if they take Taiwan, it's all over, because they will think that gives them free rein to grab any territory, not in the region, but anywhere they want to go," she insisted.

Haley, speaking at the GOP strategy group, has been rumored to be a potential Republican candidate for the 2024 US presidential election. The 49-year-old has said, however, that she would not throw her hat in the race if former the US president, Donald Trump, attempted a rematch with Biden in 2024.

A number of Trump allies have recently spoken with the RSC, including Sen. Tom Cotton (R-AK) and former Secretary of State Mike Pompeo, who spoke with the committee regarding the 'Maximum Pressure Act' - GOP legislation that includes additional sanctions on Iran.

Haley is not the only Republican who has recently sounded an alarm over the Biden administration's unwillingness to publicly boycott the 2022 Winter Olympics in Beijing.

Earlier this week, Sen. Cotton issued a memo to the US president arguing that the upcoming Winter Olympics "won't occur under ordinary conditions" if they are held in China.

"Unlike Olympics held in friendly, free nations, the 2022 Beijing Games will pose unique challenges for the safety, security, and privacy of Americans who attend," Cotton said in a quoted statement, noting that he is continuing to advocate for the International Olympic Committee (IOC) to conduct a rebid of the games "to a free country."

Sen. Rick Scott (R-FL) called for Olympics broadcaster NBCUniversal to appeal to the IOC for the relocation of the games.

Scott highlighted that NBC News' own reporting "has detailed the horrors faced by Uyghurs in Xinjiang and the genocide being committed against them by the government of Communist China."