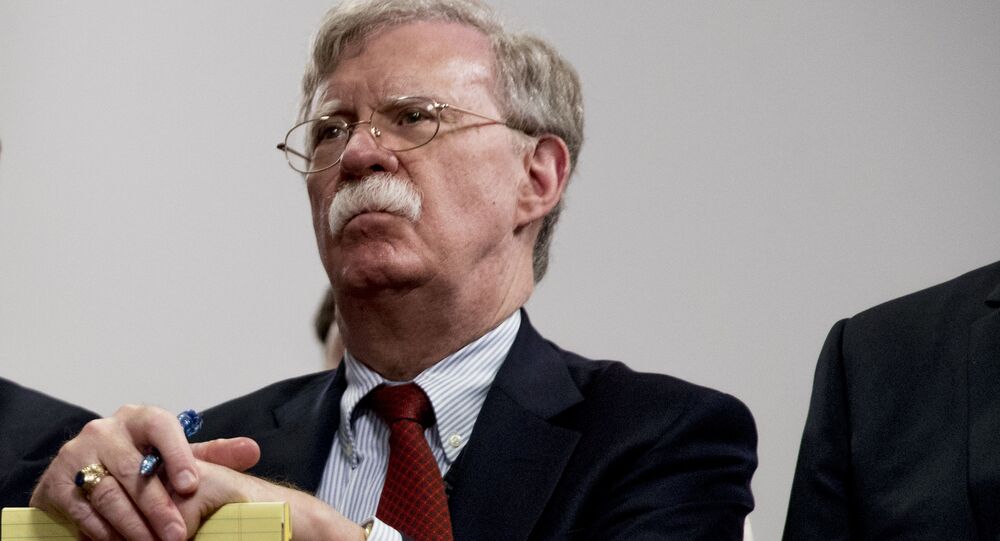 John Bolton served as a national security adviser for former US President Donald Trump from April 2018 to September 2019, with ties coming to an abrupt end over disputes on US foreign policy toward Venezuela and the Koreas, among other nations. The infamous warhawk later released a tell-all that gave new insight into the Trump administration.

The US Department of Justice has ended its criminal inquiry into whether Bolton’s 2020 exposé illegally disclosed classified government information, as well as dropping its lawsuit aimed at recouping profits the former Trump administration official gained from the tell-all’s release, it was revealed on Wednesday.

The development brings to a close a monthslong effort started under the Trump administration that sought to effectively silence Bolton and consume any and all profits that the adviser gained from the exclusive retelling of his time in the Trump White House.

Published months ahead of the heated 2020 presidential election, the controversial memoir, titled “The Room Where It Happened,” gave an at-times unflattering view of Trump and his stances on US foreign policy. In fact, an excerpt from the book details how the former US president reportedly attempted to get Chinese President Xi Jinping to buy more US farm products in order to boost Trump with his supporters ahead of the US election.

More infamously, Bolton’s allegations that Trump linked US military assistance to Ukraine in exchange for an investigation into then-Democratic rival, now US President Joe Biden served as the heart of the first of two impeachment trials against Trump.

Sarah Tinsley, a spokesperson for Bolton, told the Associated Press that the Wednesday announcement represents a “complete vindication for Ambassador Bolton, and a repudiation of former President Trump's attempt, under the pretext of protecting classified information, first to suppress the book's publication and when that failed in court, to penalize the ambassador.''

Legal representatives for Bolton explained to the outlet that their client opted to move forward with his book’s publication after Ellen Knight, an official with the White House National Security Council, reviewed the contents and determined that it no longer contained any classified information.

However, problems inevitably emerged for Bolton after an inexperienced appointee was ordered to conduct a new review, Knight relayed through her own lawyers to the outlet. Disregarding Knight’s work, the memoir was subsequently flagged by the new overseer.

As Trump worked to stop the memoir’s release, the Justice Department later filed a restraining order against Bolton a week before the tell-all was due to hit bookshelves, claiming that Bolton failed to gain a written permission that stated the book’s contents did not reveal any classified information.

While the stalling effort ultimately failed, the department kept the pressure on Bolton and followed up their campaign by continuing to seek profits from the memoir through the suit. A  criminal inquiry was later initiated to pinpoint whether Bolton had in fact divulged state secrets. In a rare move, book publisher Simon & Schuster was also subpoenaed.

Charles Cooper, a lawyer for Bolton, said in a statement that the Justice Department’s midweek decision proves that the Trump White House “acted illegitimately” when attempting to halt the book’s release.

“We argued from the outset that neither action was justifiable, because they were initiated only as a result of President Trump’s politically motivated order to prevent publication of the Ambassador’s book before the 2020 election,” Cooper said.

The latest development comes months after a US judge ruled Bolton could seek evidence about the classification process around his tell-all in order to determine White House officials or members of the intelligence community intentionally attempted to delay the prepublication review.

Bolton Says He's 'Proud' to Be Barred From Entering Russia