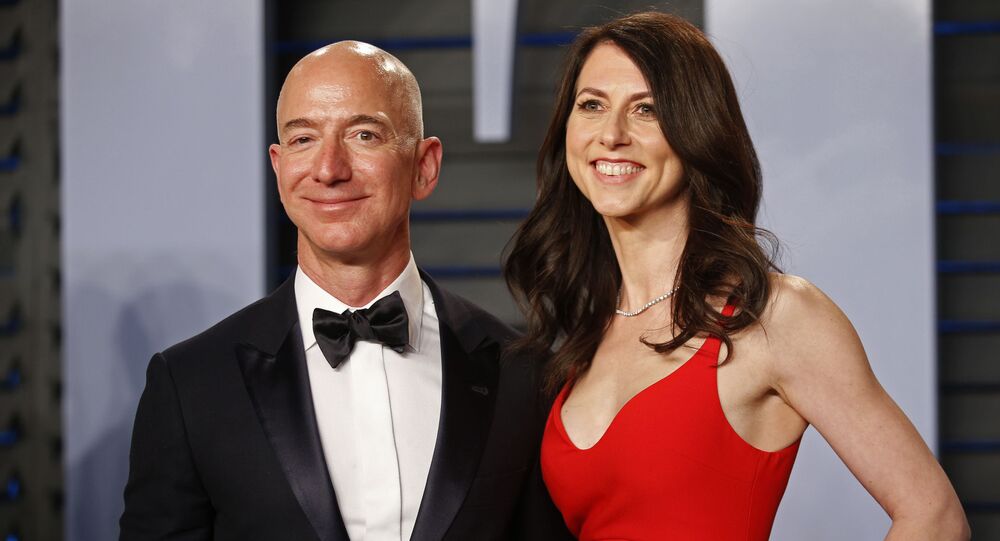 One of the richest women of the world and former wife of amazon.com tycoon Jeff Bezos, MacKenzie Scott is renowned for her far-reaching charity efforts. In 2019, she joined the Giving Pledge initiative, that aims to encourage wealthy people around the world to allocate the majority of their fortune to charity.

Billionaire philanthropist MacKenzie Scott donated 2.7 billion dollars for 268 various organisations to maintain their work and show “trust and encouragement", she wrote in a Medium post, published on Tuesday.

Before making the donations, Scott and her husband worked with a large group of specialists and philanthropy advisors to "to give away a fortune that was enabled by systems in need of change".

She shared her concern regarding the growing concentration of wealth among a small group of people. The billionaire also stressed that she would want the funds to be spent by recipients at their own discretion.

“In this effort we are governed by a humbling belief that it would be better if disproportionate wealth was not concentrated in a small number of hands and that the solutions are best designed and implemented by others,” she wrote.

“Because we believe that teams with experience on the front lines of challenges will know best how to put the money to good use, we encouraged them to spend it however they choose,” she wrote.

Over the last year, Scott donated nearly 5.9 billion dollars to support the fight against the global pandemic, racial inequality and extreme poverty.

Scott received for percent of Amazon shares after divorcing Bezos in 2019. At that time, the stock was trading at $35 billion, but its price increased significantly during the pandemic. Currently, her estimated net worth is $60 billion.