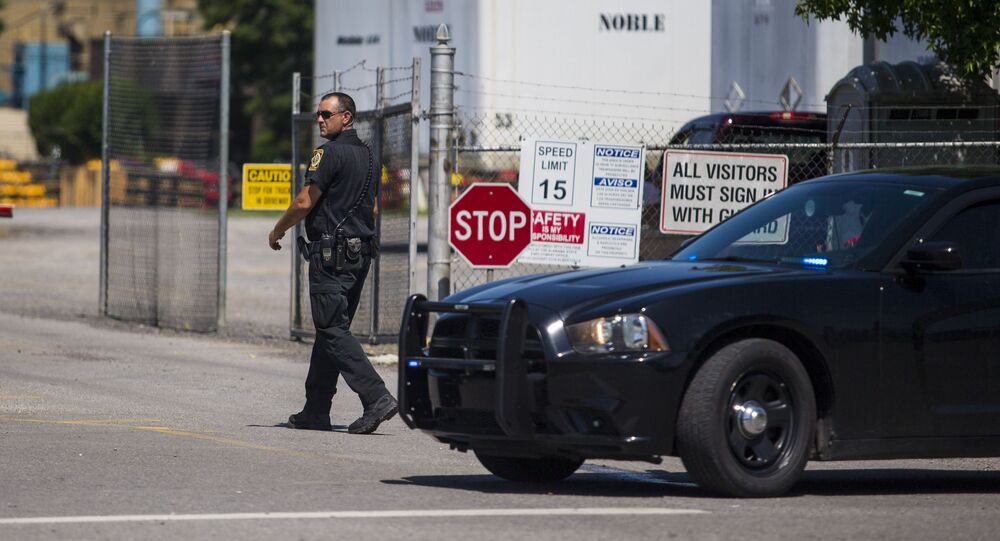 Authorities say that gunfire broke out at a Mueller Co. factory in Albertville, Alabama, around 2:30 a.m. local time on Tuesday. After killing two people and injuring two others, the suspected gunman fled the fire hydrant factory, which employs more than 400 people.

Albertville Police Chief Jamie Smith announced on Tuesday that authorities searching for the alleged Mueller Co. plant shooter discovered the man's body some 15 miles (24.1 kilometers) away from the murder scene.

The suspect, identified as 34-year-old Andreas 'Andy' Horton, is believed to have died from a self-inflicted gunshot wound. Smith confirmed that Horton was employed by the factory for almost a decade.

It remains unclear what led the alleged gunman to carry out the Tuesday morning attack on his coworkers. About 100 workers were in the factory at the time.

Smith referred to the incident as "completely unprovoked."

The two murdered individuals have been identified as Michael Dobbins and David Horton. Authorities do not believe David Horton is related to the gunman, despite sharing the same last name.

Those hospitalized were identified as Casey Sampson and Isaac Byrd. The two were first taken to a nearby hospital, but were then transported to a medical facility in Chattanooga, Tennessee.

According to local law enforcement officials, the alleged gunman's body was found in a vehicle near the Guntersville City Cemetery gravesite of his mother, who died from cancer-related complications back in 2011.

© AP Photo / Vasha Hunt
A sign for Mueller Co. is displayed at the entrance to the fire hydrant plant where police said multiple people were shot to death and others were wounded in Albertville, Ala., on Tuesday, June 15, 2021

"Andy was a good guy. Very quiet, easygoing. You would never expect this from him," Sanchez Watkins, a distant relative of the gunman, told the Associated Press.

The Mueller Co. plant is expected to remain closed for the next few days.

The Tuesday morning incident of gun violence in Alabama came just hours before a separate shooting in Chicago, Illinois, claimed the lives of four people, and injured four others.

Police are still searching for information and possible witnesses to the Chicago shooting, as a suspect has yet to be detained.