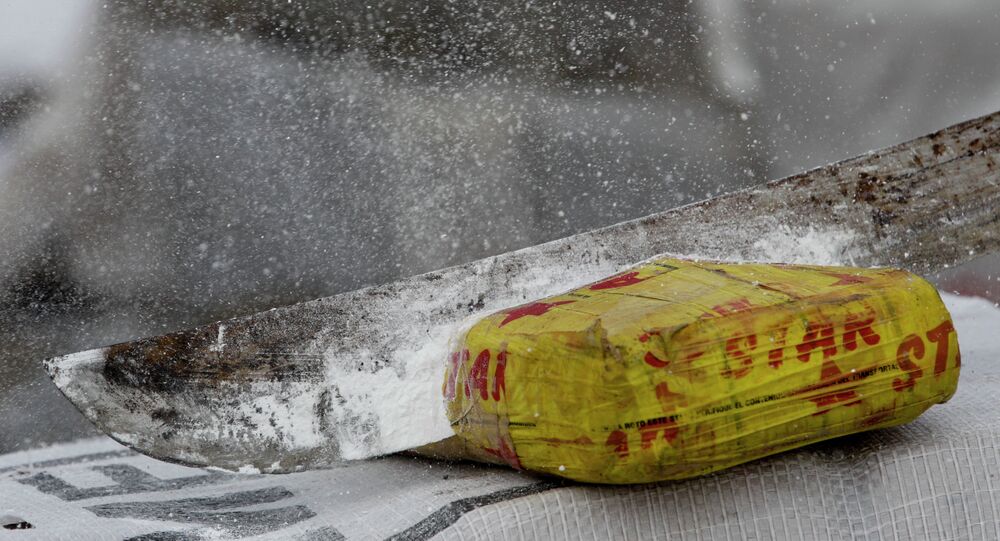 Photos: US Seizes $1.2 Million Worth of Cocaine on Florida Beach Amid Sea Turtle Survey

Researchers conduct sea turtle nesting surveys at varying schedules along the Florida coast in order to manage the potential negative effects of human activities on local turtle populations and their nests. The Sunshine State is home to five species of sea turtles: the green turtle, leatherback, loggerhead, hawksbill and Kemp’s ridley.

Florida officials recently made quite the shocking discovery while carrying out a survey on the nesting habits of the local sea turtle population near the Cape Canaveral Space Force Station: $1.2 million worth of cocaine.

The discovery was initially uncovered by Angy Chambers, a wildlife manager with the 45th Civil Engineer Squadron, while she was conducting a survey along the Florida beach on May 19, 2021. Immediately upon noticing a package wrapped in plastic tape, Chambers suspected that the content’s of the item could be drug-related.

"I immediately contacted the 45th Security Forces Squadron (SFS)," Chambers said in a June 10 statement issued by the US Space Force. "While I was waiting for them to arrive, I drove a little further and noticed another package, and then another. At that point, I called SFS back and suggested they bring their UTV, or Utility Terrain Vehicle, as I counted at least 18 packages."

Courtesy of the Space Launch Delta 45
Defenders from the 45th Security Forces Squadron seize nearly 30 kilograms of cocaine that washed ashore on a Cape Canaveral Space Force Station, Florida, beach, May 19, 2021. According to the Brevard County Sheriff's Office, the drugs had an estimated value of approximately $1.2 million.

In total, 24 packages were retrieved from the scene. On-site tests revealed that the contents of the plastic-wrapped packages were indeed cocaine. They were subsequently turned over to the US Department of Homeland Security’s investigation branch.

David Castro, an agent with Homeland Security who responded to collect the drugs, indicated in a statement included in the release that the packages likely arrived on the shore after breaking from the “bale wrapping” during transit.

Courtesy of the Space Launch Delta 45
Defenders from the 45th Security Forces Squadron seize nearly 30 kilograms of cocaine that washed ashore on a Cape Canaveral Space Force Station, Florida, beach, May 19, 2021. According to the Brevard County Sheriff's Office, the drugs had an estimated value of approximately $1.2 million.

The origins of the drugs remain under investigation.

The Sunshine State is no stranger to drug traffickers, as it is often tapped as a transfer point for cocaine shipments. Earlier, a US Coast Guard vessel successfully managed to offload about 5,500 pounds of cocaine in Miami, Florida, that was valued at nearly $95 million.

Gunshots At The Phoenix: Murder Suspect 'Snorted Cocaine And Told Me To Burn Car'