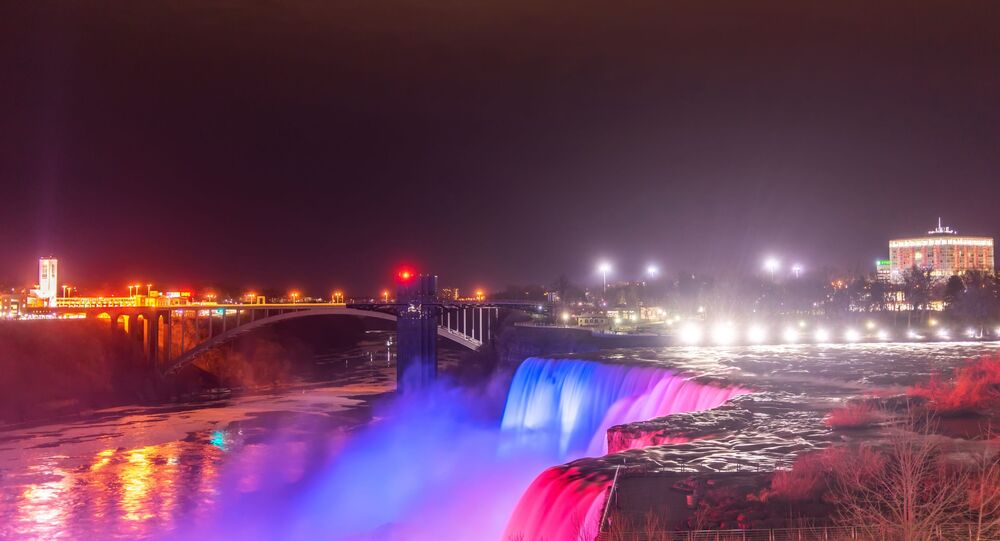 On Monday, the Canadian outlet Globe and Mail published an article in which it alleged that the Russian Consulate in Toronto misrepresented a light show intended to celebrate the Montreal Canadiens on its Twitter page, passing it off as a tribute to Russia’s national holiday.

"Unfortunately, the coincidence in proximity of the Falls illuminations for the Montreal Canadiens and Day of Russian Federation caused some confusion. The Falls were illuminated on June 12 for the Day of Russian Federation and July 13 for the Montreal Canadiens. Both illuminations were red, white and blue," Chris Giles, acting manager, communications and stakeholder relations of Niagara Parks, said in a statement.

The Globe and Mail’s report sparked online debate as the Russian Consulate became subject to abuse by passionate hockey fans and elements known for their Russophobia.

The Globe and Mail since issued a correction to the article, telling Sputnik that the outlet was given "incorrect information by the Niagara Falls authorities."

Sputnik has reached out to the Russian Consulate in Toronto for comment.

Russia Day is one of the country’s most recent and most important holidays, celebrated since 1992 to commemorate the events of June 12, 1990, when the First Congress of People’s Deputies of the Russian Soviet Federative Socialistic Republic (RSFSR) adopted a declaration of the RSFSR’s state sovereignty.

Water Spray Turning To Ice: How Niagara Falls Gets Covered in Ice in Winter