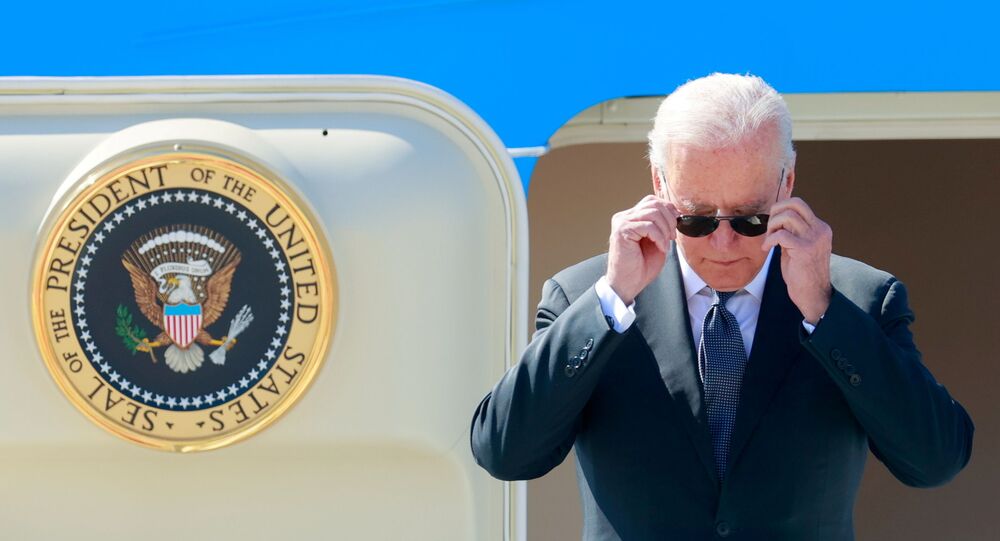 Biden Announces Ambassadorial Picks For NATO, Israel, Mexico Among Others

Biden's new ambassadorial candidates were announced as the US leader is in the middle of his first presidential trip to Europe that includes the NATO summit in Brussels and a meeting with his Russian counterpart, Vladimir Putin, in Geneva, with the latter tete-a-tete scheduled for Wednesday.

US President Joe Biden on Tuesday revealed his nominees for the positions of ambassadors to Mexico, NATO and Israel, among other countries including Sri Lanka, the Gambia, Guinea, Paraguay and Costa Rica.

Thomas Nides, an Obama-era deputy state secretary, was nominated to serve as the US ambassador to Israel.

Nides is described by the White House as a distinguished public servant and business leader, who currently serves on the boards of the Partnership for Public Service, the International Rescue Committee, the Atlantic Council and the Urban Alliance Foundation. Nides is also the managing director and vice chairman of Morgan Stanley, a high-profile US financial products provider.

Former US senator and interior secretary, Ken Salazar, if confirmed, will become the US ambassador to Mexico.

Salazar also served as Colorado's attorney general, becoming the first Latino elected to statewide office in the Centennial State. A partner in WilmerHale, an American law firm, and a founder of its Denver office, he "represents clients on energy, environment, natural resources and Native American matters".

Security expert Julianne Smith was picked to represent the United States on the Council of the North Atlantic Treaty Organization (NATO).

Smith is currently serving as a senior advisor to the US Secretary of State at the US Department of State. Before that, she was the director of the Asia and Geopolitics Programs at the German Marshall Fund of the United States.

© REUTERS / YVES HERMAN
A man walks a sniffer dog near flags, before the EU-US summit, in Brussels, Belgium June 15, 2021

C. B. 'Sully' Sullenberger, III, the celebrated airline pilot who successfully ditched an ailing aircraft into the Hudson River in the US state of New York with no injuries to passengers and crew, was announced as the nominee to become the US ambassador on the Council of the International Civil Aviation Organization.

The US president announced his picks for the ambassadorial positions during his first European trip, after participating in a NATO summit on Monday and is expected to meet the Russian president, Vladimir Putin, in Geneva on Wednesday.

Biden Privately Asked NATO Leaders for Advice Ahead of Summit With Putin, US Official Says