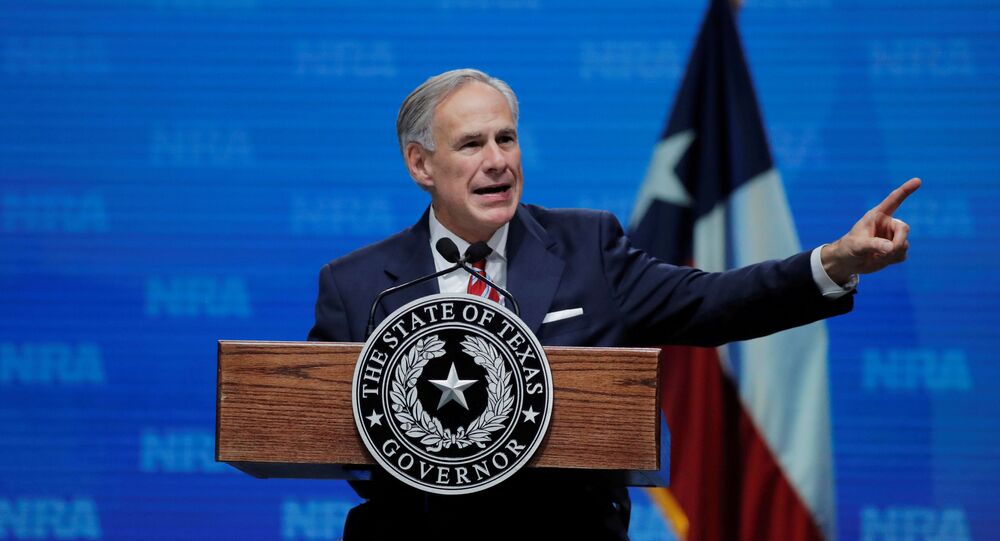 Texas Governor Greg Abbott (R) has announced that, in lieu of a federally funded border wall on the US-Mexico border wall, the Lone Star state will construct its own wall along the southern border with Mexico. Federal funds for the structure were redirected, as US President Joe Biden believed the project was "a waste of money."

During a recent Ruthless podcast interview, Governor Abbott revealed that there has been little collaboration or communication with the White House regarding the burgeoning buildup of migrant encounters at the Southwest border.

"The president hasn't called; the vice president hasn't called. The only person I've talked to are some folks in the Department of Homeland Security, and that was a long time ago," Abbott said of Biden and Vice President Kamala Harris, who was tapped to lead the administration's efforts to calm the migrant crisis at the US-Mexico border.

Harris, who recently returned from a trip to Central America, has maintained that her primary goal as point-person will be addressing the root causes contributing to the influx of migrants traveling to the US.

During the month of May alone, US authorities logged 180,034 encounters along the Southwest land border, according to US Customs and Border Protection data.

Despite Harris' comments, Abbott argued that the administration is dropping the ball when it comes to the US-Mexico border - particularly in Texas.

Abbott's assertions came alongside his announcement of a publicly-funded border wall project in Texas.

The Texas governor detailed that those "in the United States or everybody in the entire world" will be able to contribute to the border wall construction fund.

"Everyone will know every penny in, every penny out. But the sole purpose for those funds will be going to build the border wall," he said, emphasizing that the fund will have "great transparency."