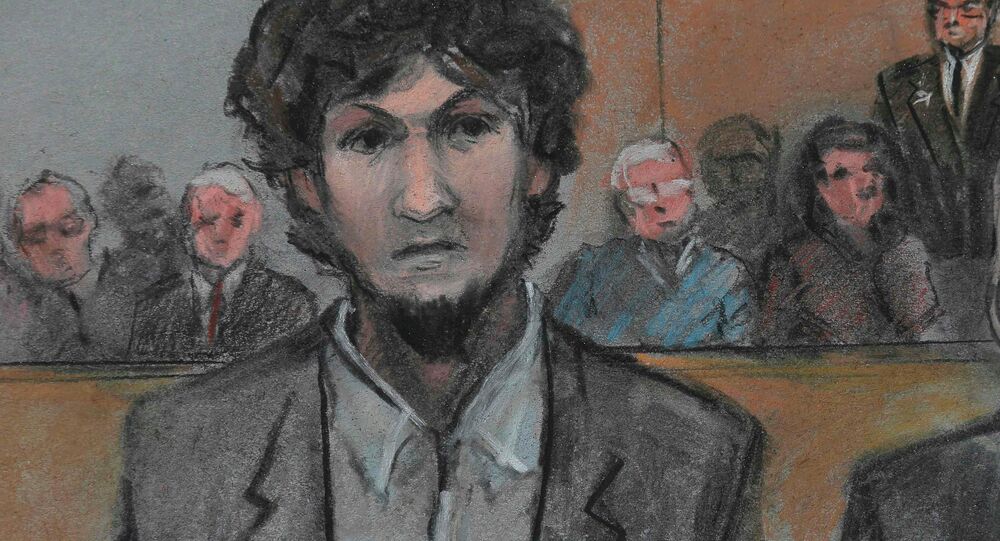 WASHINGTON (Sputnik) - The US Department of Justice has asked the Supreme Court to reinstate the death sentence for Boston Marathon bomber Dzhokhar Tsarnaev despite President Joe Biden's opposition to capital punishment.

"The jury carefully considered each of respondent's crimes and determined that capital punishment was warranted for the horrors that he [Tsarnaev] personally inflicted — setting down a shrapnel bomb in a crowd and detonating it, killing a child and a promising young student, and consigning several others to a lifetime of unimaginable suffering," the department's 48-page brief read, adding that "determination by 12 conscientious jurors deserves respect and reinstatement by this Court."

© AP Photo / Michael Dwyer
US Supreme Court to Consider Reinstating Death Sentence For Boston Marathon Bomber
In March, the Supreme Court agreed to review a lower court's decision to toss out the death sentence for Tsarnaev, one of two brothers convicted in the 2013 Boston Marathon bombing. Reacting to the measure, the White House said that Biden had strong concerns over whether the death penalty as currently implemented fits in with American values. During his election campaign, Biden vowed to try to abolish all federal death sentences.

Last July, a federal court of appeals reversed three of Tsarnaev's convictions, scrapped his death sentence and ordered a new trial in his case. The Justice Department under the Trump administration filed an appeal against the ruling with the Supreme Court.

The Boston Marathon bombing on 15 April, 2013, killed three people and injured hundreds of others. Dzhokhar and his older brother Tamerlan were found guilty of the attack. Tamerlan was killed by the police while on the run on 19 April of the same year, while Dzhokhar was arrested the following day and sentenced to death by lethal injection in May 2015. He will remain in prison for life because he has not challenged the life sentences against him.