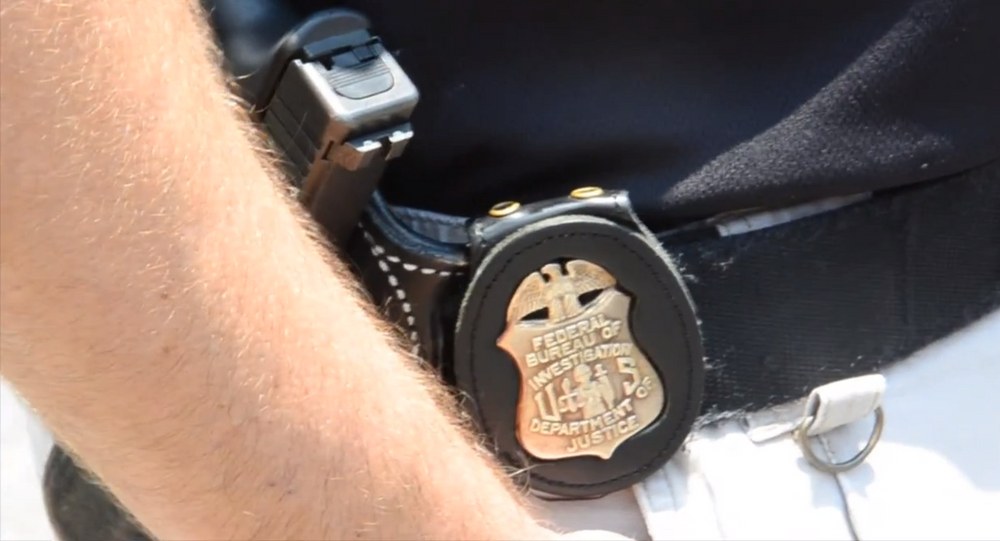 QAnon is a conspiracy theory in the United States, advocates of which claim that the country is controlled by a so-called 'deep state', while elites in the Democratic party are part of a circle of pedophiles and former US President Donald Trump is the one who was supposed to fight it.

The FBI has warned lawmakers that supporters of the QAnon conspiracy theory cult might step away from being just 'digital soldiers' to commit violent acts in the real world as the US still tackles the aftermath of the deadly 6 January Capitol building riot, CNN reported, citing an FBI report sent to lawmakers last week.

QAnon supporters are reportedly eyeing real-world violent actions because they "can no longer 'trust the plan'" set forth by its mysterious standard-bearer, known simply as "Q". However, this may lead to the followers only believing that a greater control over the movement than before is needed.

The FBI "threat assessment", cited by CNN, said that while ones may seek to harm "perceived members of the 'cabal' such as Democrats and other political opposition -- instead of continually awaiting Q's promised actions which have not occurred", and "other QAnon adherents likely will disengage from the movement or reduce their involvement in the wake of the administration change".

Reacting to the reported FBI assessment, Senate Majority Leader Chuck Schumer, according to The Hill, issued a statement, underlying an "urgent need" for an independent commission to be created to investigate the 6 January Capitol Hill riot.

"Even before the horrific January 6th insurrection, QAnon supporters spread disinformation that amplified hatred and violence and threatened our democratic institutions," Schumer noted. "This assessment raises awareness for our government and the general public to the evolving threat posed by domestic violent extremists’ adherence to QAnon’s dangerous principles and further shows the urgent need for an independent January 6th commission."

The FBI report was reportedly titled "Adherence to QAnon Conspiracy Theory by Some Domestic Violent Extremists" and was provided to Congress after a request from Democratic Senator Martin Heinrich.

Supporters of QAnon, a conspiracy theory claiming that the US is controlled by a so-called 'deep state' with its members involved in some kind of child sex ring that Trump was trying to fight, were among those arrested by the FBI after the Capitol riot, according to the reported assessment.

"The FBI has arrested more than 20 self-identified QAnon adherents who participated in the 6 January violent unlawful entry of the Capitol. These individuals were charged with violent entry and disorderly conduct in a restricted building and obstruction of an official proceeding, according to court documents and press reporting based on court documentation, public statements, and social media posts", CNN quoted the document as saying.

The attack on the US Capitol took place on 6 January, when a violent mob that included Trump supporters broke into the building, interrupting the certification of the presidential election results. The riot claimed 5 lives, including that of a Capitol police officer.