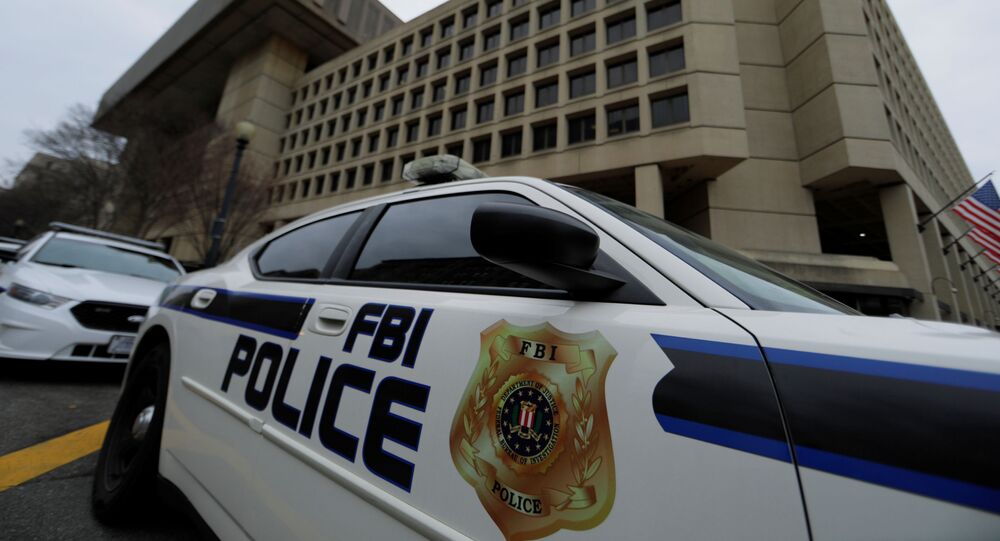 Since 2018, the US Department of Justice has been pursuing a 'China Initiative' - a Trump-era program created in response to allegations of national security threats by Chinese state-affiliated entities and agents. According to DoJ data, some 80% of economic espionage prosecutions and 60% of trade secret theft cases are allegedly linked to Beijing.

Federal Bureau of Investigation (FBI) agent Kujtim Sadiku admitted under oath to a court in Knoxville, Tennessee, that he falsely accused Dr. Anming Hu, a former associate professor at the University of Tennessee (UT) at Knoxville, of being a spy for the Chinese military.

Sadiku also admitted to falsely implicating Hu, who was born in China, as an operative for the country's military, during talks with UT officials.

"It was predicated on information Anming Hu was part of another government’s talent plan," Sadiku told jurors in court last week, as reported by the Knoxville News Sentinel.

The FBI agent testified in court that he began his flawed investigation into Hu - dubbed 'Operation Chelsea Dagger' - via a simple Google search, and a "rough translation" of a Chinese-language flier featuring the well-known tech professor.

Per Sadiku's translation, the flier allegedly detailed that, in 2012, China's Thousand Talents Program awarded Hu a short-term contract to teach students at the Beijing University of Technology. It also allegedly said Hu had an upcoming speaking engagement in China.

Hu, who began teaching in the US in 2013, recounted his first meeting with Sadiku during his testimony, calling the April 2018 experience "startling". The FBI agent was allegedly accompanied by an agent from the US Department of Energy.

"They say, ‘We FBI, we need to talk to you.’ They show me a lot of documents. They ask me if I know anyone else at [UT] who is a member of the talent program," he told the court. "They said, ‘You are so smart. You should be in the Thousand Talents Program. I say, I’m not that smart."

While the DoJ has been pursuing a 'China Initiative' to prosecute crimes relating to "economic espionage" by Beijing, Sadiku told the court that he had been unaware of the program prior to his Google search on Hu.

Hu's trial nonetheless became part of the initiative, and reportedly comes as the first associated case to make it to court.

"You wanted to find a Chinese spy in Knoxville," Phil Lomonaco, Hu's defense attorney, asked the FBI agent during cross-examination.

"My job is to find spies, yes," Sadiku replied.

The FBI agent later admitted that, during Operation Chelsea Dagger, he showed UT officials - Hu's bosses - a PowerPoint slide that claimed Hu was an operative for the Chinese military.

"This is a false statement you put on the [PowerPoint slide], isn’t it?" asked Lomonaco.

"Can you repeat the question?" Sadiku asked. "If you’re talking about the power points, I prepared those, yes."

"Based on my summary translations, my reports and my outline, no, Hu wasn’t involved in the Chinese military," the FBI agent later testified.

Sadiku failed to follow up with Hu's employers, however, to tell them that the information was false. Hu was subsequently stripped of his professorship at UT, where he had also been conducting nanotechnology research.

Prosecutors have accused Hu of "intentionally" attempting to defraud NASA, which sought the expert out, by failing to list his past work at the Beijing University of Technology.

While Hu did leave information off the UT form in question, UT officials testified that the annual form does not require professors to disclose their ties with China, or with any country.

"The argument we’ll make is … he was involved with this Chinese university for years, and it was obvious he would have to disclose that," said federal prosecutor Matthew McKenzie.

Hu argued that while he didn't list his ties to the Beijing University of Technology on the form, he did disclose his history with the school on two other UT forms, as well as during email exchanges with both UT and NASA officials.

US District Judge for the Eastern District of Tennessee Thomas Varlan is expected to announce this week whether the prosecution has presented enough evidence to support fraud charges against Hu.

It also remains possible that the assembled 12-person jury will be left to make the decision.