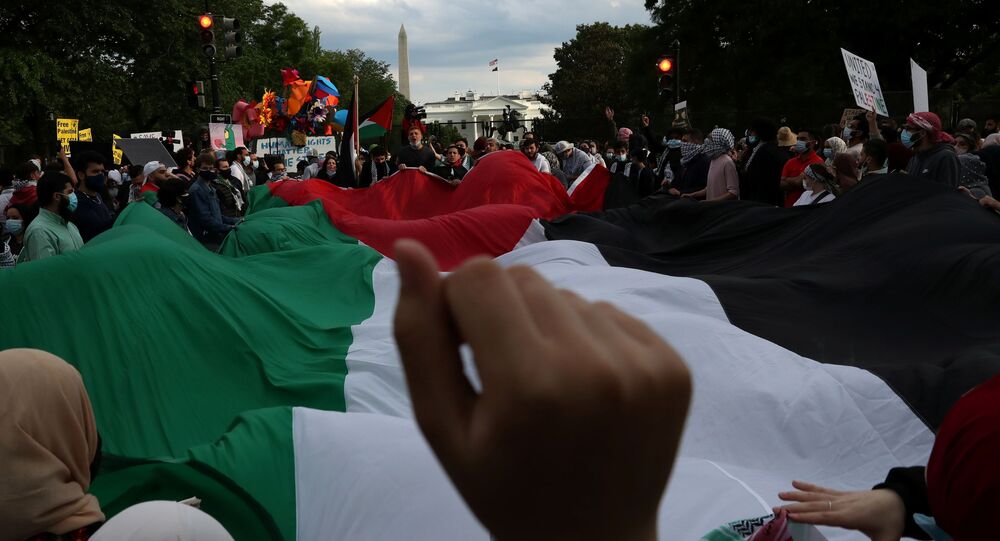 Controversy, sparked over the ongoing Palestinian-Israeli conflict, has increased in the US capitol as Democratic lawmakers express differing views on who is to blame in recent military actions in the Gaza Strip and Israel, and how the conflict should be resolved.

A number of Republican lawmakers introduced a resolution on Monday to censure a group of Democrats, also known as the “Squad,” for “defending foreign terrorist organizations and inciting anti-Semitic attacks across the United States.”

The initiative came shortly after a Squad member, Minnesota Rep. Ilhan Omar, tweeted that the US and Israel are similar to Hamas and Taliban, which are both recognized by the US as terrorist organizations.

“We cannot turn a blind eye to Members of Congress openly defending terrorist attacks by Hamas against our close ally Israel nor their dangerous rhetoric which has contributed to anti-Semitic attacks across the country,” Waltz claimed in a press release.

The attached document condemned other Squad members, including Democratic Representatives Alexandria Ocasio-Cortez, Rashida Tlaib and Ayanna Pressley as they, among other things, “have each referred to Israel as an ‘apartheid state’” and “inaccurately depict the democracy of Israel as an oppressive, violent, abusive nation.”

The Republicans claimed that the remarks have “resulted in increased violence and anti-Semitic hate crimes” throughout the country.

Earlier, pro-Palestinian Democrats made what was considered by some other lawmakers as anti-Semitic remarks, holding Israel responsible for “human rights violations” and decrying US military support for Tel Aviv.

Last week, Omar tweeted a demand for the “same level of accountability and justice” for the “unthinkable atrocities committed by the U.S., Hamas, Israel, Afghanistan, and the Taliban.”

The tweet stirred backlash from some Jewish House Democrats, who asked her to clarify her remarks. Omar noted that she did not seek to draw an analogy between the US and Hamas or the Taliban.

The 11-day violent military escalation between the armed Palestinian movement Hamas, based in Gaza Strip, and Tel Aviv stopped on 21 May as the sides agreed to a ceasefire. According to the Palestinian Health Ministry, 277 people died in Gaza. A reported 13 died in Israel, the country’s defense forces reported.

Global Anti-Semitism on the Rise, as Israel 'Has no Strategy' to Oppose It, Ex-Diplomat Says