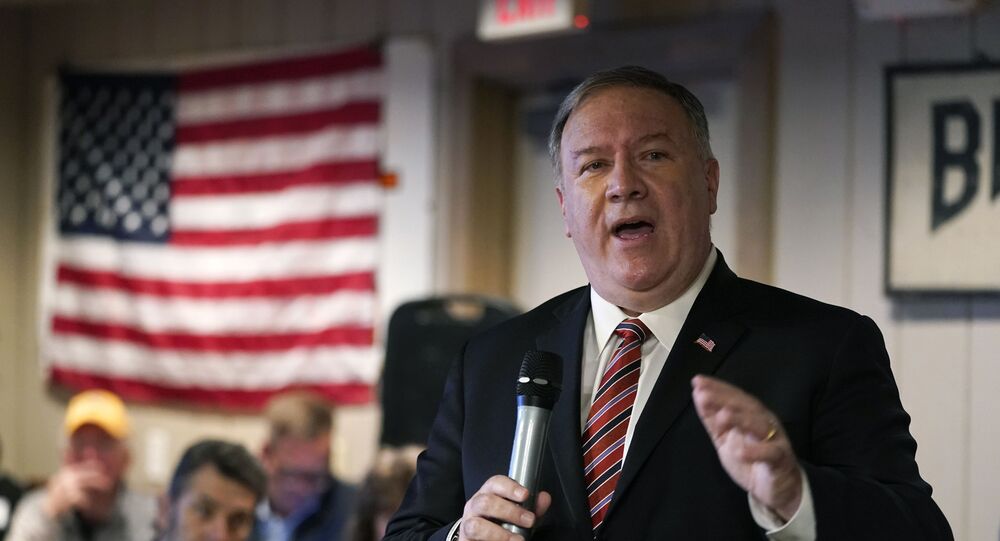 The administration of US President Joe Biden has ordered intelligence agencies to revisit the claim that the deadly virus was genetically engineered as part of 'gain of function' research to be infectious in humans, and was then accidentally released and carried into the population by laboratory staff.

A former US secretary of state, Mike Pompeo, has claimed that the Trump administration came close to proving COVID-19 leaked from a Chinese lab.

Interviewed on Fox News on Sunday, Trump's former foreign policy chief claimed there was a mountain of evidence to back allegations that the Wuhan Institute of Virology artificially created the deadly virus strain.

"We have a really good idea what happened here," Pompeo stated, adding that "there is an enormous amount of evidence that there was a leak from the Wuhan Institute of Virology".

"There is a pile of evidence a hundred feet high, I have high confidence that that’s the case," the former State Department head added. "We pressed the Chinese Communist Party really hard — not just the State Department, but our CDC and others too".

The Trump White House was "serious in this endeavour" and "made clear that there would be real cost" to the Chinese government, Pompeo added.

The Biden administration has ordered intelligence agencies to revisit the claim that the deadly virus was genetically-engineered as part of 'gain of function' research to be infectious to humans, and was then accidentally released and carried into the population by laboratory staff.

Emails from Trump's — and now Biden's — chief medical advisor, Anthony Fauci, obtained via a freedom of information request, show he also told scientific colleagues that he and others believed the lab origin hypothesis.

A World Health Organisation (WHO) mission to Wuhan earlier this year concluded in favour of the original hypothesis, that COVID-19 is a natural mutation that arose in wild animals — such as bats and pangolins — sold for human consumption in the city's meat markets.

Under Trump, the US had been "very close to being able to make a lay-down case for what actually happened," Pompeo claimed, adding, "we know enough now, the cover-up continues, and it’s time for accountability".

© AP Photo / Ben Margot
Condoleezza Rice Says it Was 'Mistake' to Dismiss Wuhan 'Lab Leak' Theory Too Quickly
Asked if he believes that the virus escaped from the Wuhan Institute of Virology, he answered: "I do".

Trump insisted on referring to COVID-19 as the "China virus" in the last year of his presidency, and recently demanded that Beijing pay the world an astronomical $10 trillion in reparations for the 3.8 million deaths and huge economic damage he alleges Beijing caused.

Last week science fiction author Jamie Metzl, appointed as an advisor to the WHO on genetic engineering in humans, claimed to Fox News that Chinese authorities had orchestrated a conspiracy to hide the origins of the virus.

"The Chinese have engaged in a massive cover-up that is going on until this day, involving destroying samples, hiding records, placing a universal gag order on Chinese scientists and imprisoning Chinese citizen journalists asking the most basic questions," Metzl declared.

In a departmental statement on Friday, US Secretary of State Antony Blinken "stressed the importance of cooperation and transparency regarding the origin of the virus, including the need for WHO Phase 2 expert-led studies in China". That was after a Chinese diplomat reportedly told him the lab leak theory was "absurd".