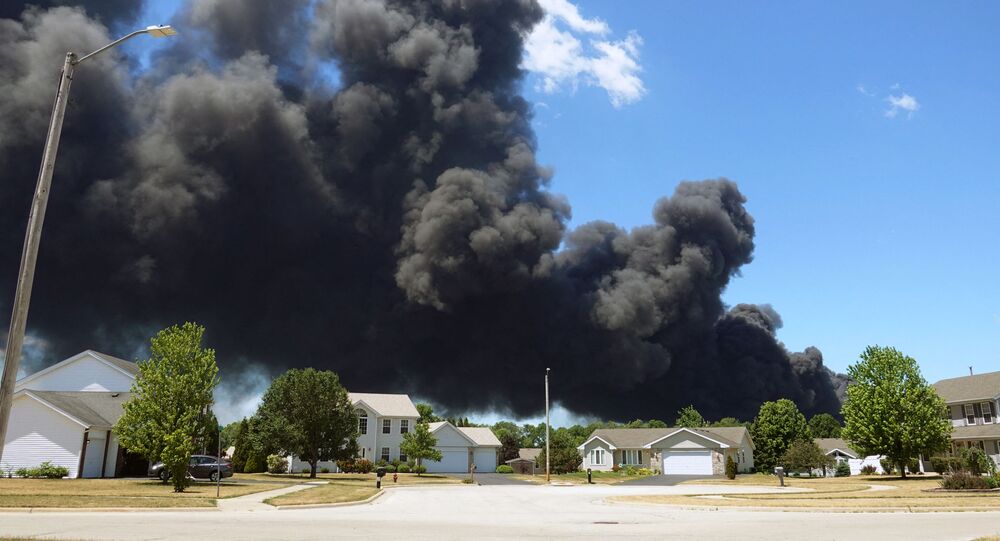 A mandatory evacuation order was issued for homes and businesses within a one-mile radius of the facility after the clouds of smoke grew so enormous they could be picked up on weather radar.

The town of Rockton near Chicago, Illinois woke up this morning to a disastrous explosion at a local chemical plant situated nearby.

At around 7:30 am, emergency services rushed to the scene, after the blast at the facility belonging to Chemtool Inc, one of the largest manufacturers of lubricants and grease products in the world, sparked a massive fire.

Witnesses of the blaze have posted videos of the incident, in which plumes of black smoke can be seen billowing over the plant.

Rockton Fire Department Chief Kirk Wilson said that only one employee was injured in the fire, while all others had been evacuated and are safe.

The area around the plant has also been evacuated, affecting about 1,000 people, according to the planning and development administrator for Rockton.