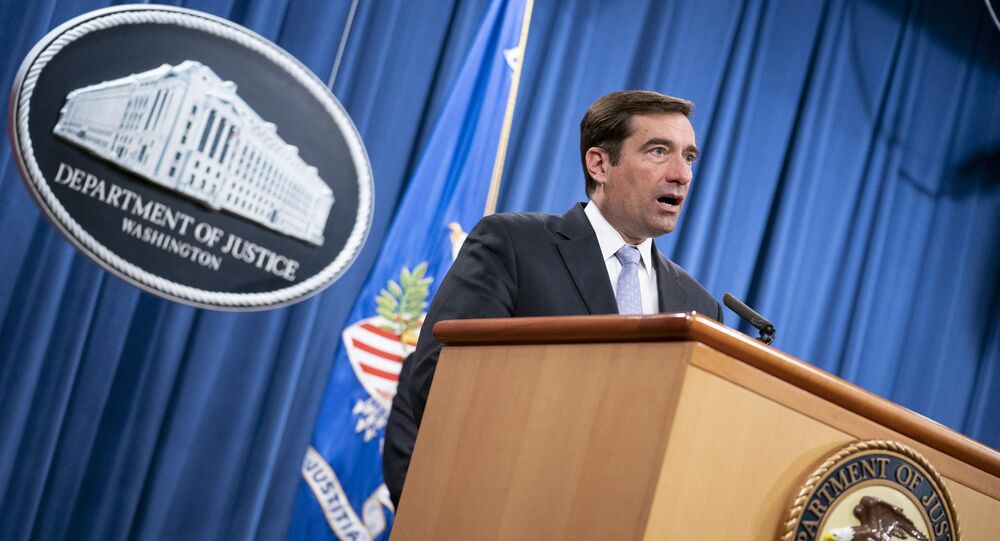 Reports emerged that the Trump-era Department of Justice subpoenaed Apple for the metadata of Democrats on the US House Intelligence Committee, as well as their staff and family members, as part of an investigation into leaks of information on contacts between Russia and Trump associates.

United States Assistant Attorney General for the National Security Division John Demers is stepping down, a Justice Department official revealed to The Associated Press. According to the source, Demers will vacate his office by the end of next week.

The resignation comes less than a week after The New York Times reported that prosecutors from the Trump-era Justice Department had attempted to obtain phone data of two Democrats on the House of Representatives Intelligence Committee, as well as aides and family members, as part of a search for alleged leaks of classified data pertaining to Trump’s 2016 election campaign team.

Data of at least a dozen people tied to the committee was seized in 2017 and early 2018, particularly that of Democratic representatives Adam B. Schiff and Eric Swalwell, of California.

The newspaper said that the records showed no evidence of links between the committee and news leaks on reported contacts between Trump associates and Russia.

Lawmakers did not know about the investigation until Apple informed them last month after the expiration of a gag order on the corporation.

After the reports emerged, Top Senate Democrats called on former Trump administration Attorney Generals Jeff Sessions and William Barr to testify before Congress on the reported seizure of data.