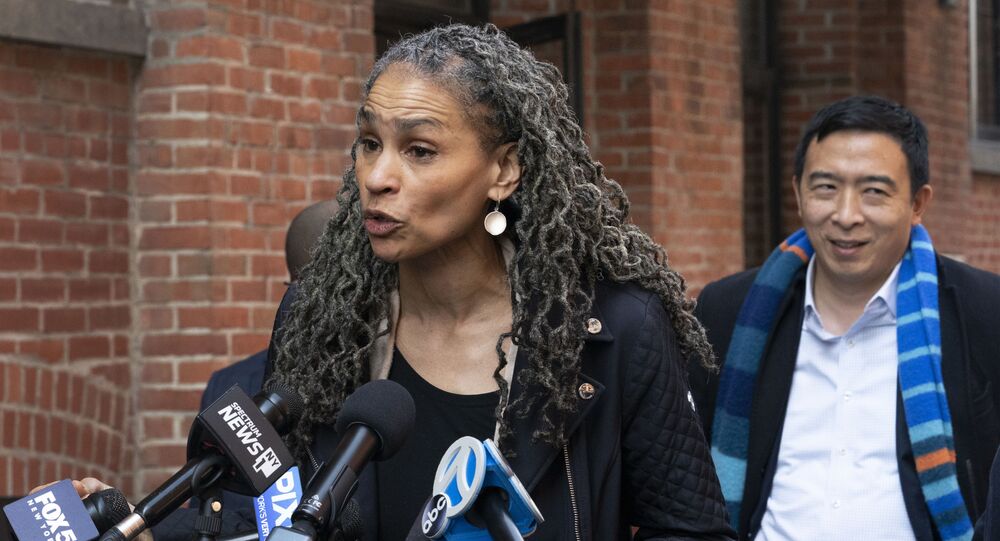 According to Maya Wiley’s profile on LinkedIn, she has a long history of working with Hungarian-born billionaire. In 1990s she worked for the Open Society Foundations, founded by Soros. The non-profit organization describes itself as world's largest private funder of independent groups working for justice and human rights.

A New York City mayoral candidate Maya Wiley, who warned residents that the Big Apple could turn into a city built by and for billionaires has received a donation from billionaire George Soros, the New York Post reported.

According to the newspaper, the investor contributed $500,000 to an independent expenditure group 1199 for Maya, which backs Wiley’s mayoral campaign. A spokesman for Soros confirmed to the outlet that the donation took place.

According to the Post, the generous contribution has not appeared on the website of the New York City Campaign Finance Board, an agency which allows New Yorkers to monitor the flow of finances in local politics. The Post added that Soros’ direct donation of $16,000 was not mentioned on the website either.

Wiley has been endorsed by several Democrats, who are often outspoken against big money in politics. One of her supporters is Alexandria Ocasio-Cortez, who is in the House of Representative's for NYC’s Bronx and Queens 14th congressional district. A statement by her endorsing Wiley was recently posted on the mayoral candidate's social media.

“If we don’t come together as a movement, we will get a New York City built by and for billionaires, and we need a city for and by working people. So we will vote for Maya #1.”
I couldn't be more proud to be endorsed by @AOC. Support this movement >> https://t.co/OyzhNosha5

​The news about Soros’ donation raised eyebrows among residents.

"There is the belief that billionaires are bad for society — except for when they’re giving to my campaign,” said Doug Muzzio from NYC Baruch College.

When asked about the possible hypocrisy of her campaign, Wiley said she can’t "comment on independent expenditure" because she has "no control over them".

This is not the first time the politician has had the charge of hypocrisy levelled against her: earlier this year it became known that her long-time partner, Harlan Mandel, paid to have private security patrol Wiley’s Brooklyn borough. However, the official herself has long been calling to "defund the police", a controversial idea pushed by a group of Democrats.

Last week Wiley angered members of law enforcement when she dodged the question on whether she would favour taking guns away from police officers.

"I am not prepared to make that decision in a debate," she said.

In the wake of the backlash, her spokesman issued a statement saying the question was ridiculous and that no one is even discussing "taking guns away" from police.